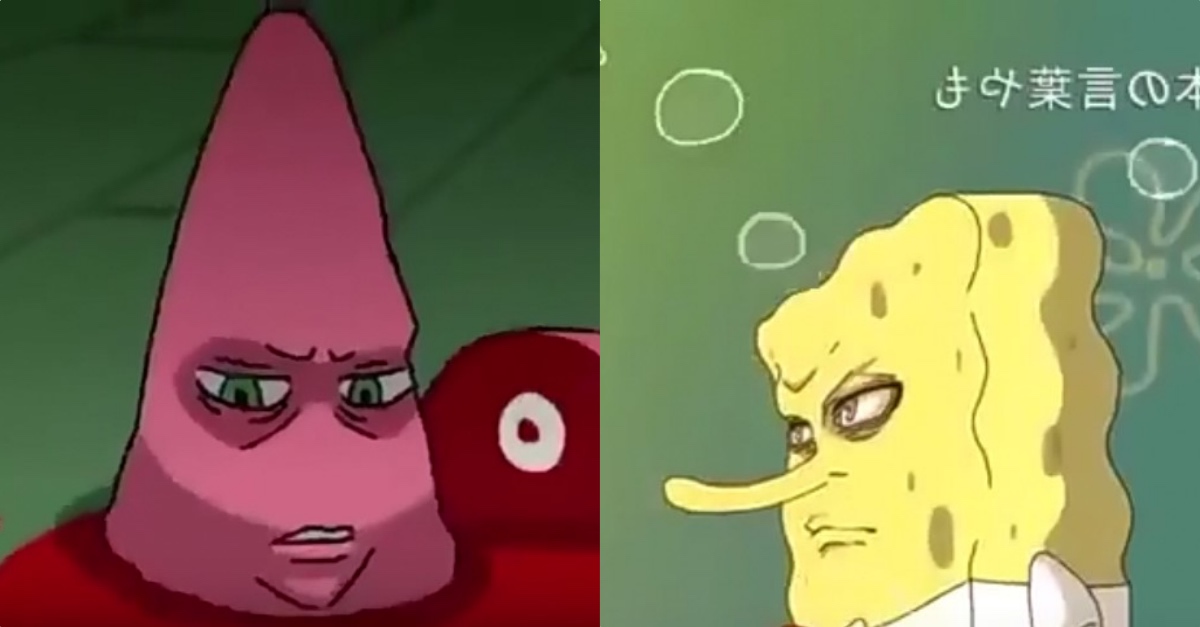 Spongebob Squarepants Have Been A Favorite Show For Many In The Past Few Years.

It’s no wonder either as this show has it’s own uniqueness and flair.  Whether you like that quirkiness or not is up to you.  What if you just don’t like cartoons? Well then I have a solution for you.

Spongebob Squarepants Have Been Made Into An Anime.

Okay, so maybe I am exaggerating a bit. It is not technically an Anime since there has been only a trailer. But all I can say is after seeing the trailer I never want this Anime to exist.

The 1-minute and 47-seconds video might leave you either wanting more or just very uncomfortable. Our favorite childhood staple has been turned into the usual Anime with lots of blood, gore and drama.

So, If you ever thought that the one thing that ‘Spongebob’ was missing was gore. This will be right up your alley.

However, We Can’t Expect A Full Anime Series.

Lets be real, if this was ever made into a full Anime series we will be flocking to watch it not matter how uncomfortable it makes us. Narmak the creator of this weird trailer says, that this was only a side project that he completed in his spare time.

Following Is The Interesting Trailer For Hopefully A Future Anime Series.

People’s Reaction To This Trailer Were Mixed At Best.

Not Many People Were Happy About The Hint Of Romance In The Trailer.

Not Going To Lie, The Plot Seems Interesting.

Did you like the Anime? Or did you think it was too weird and ‘Spongebob Squarepants’ should be left as it is?  Well, whatever your thoughts on the matter. We would love to hear it from you in the comments down below.