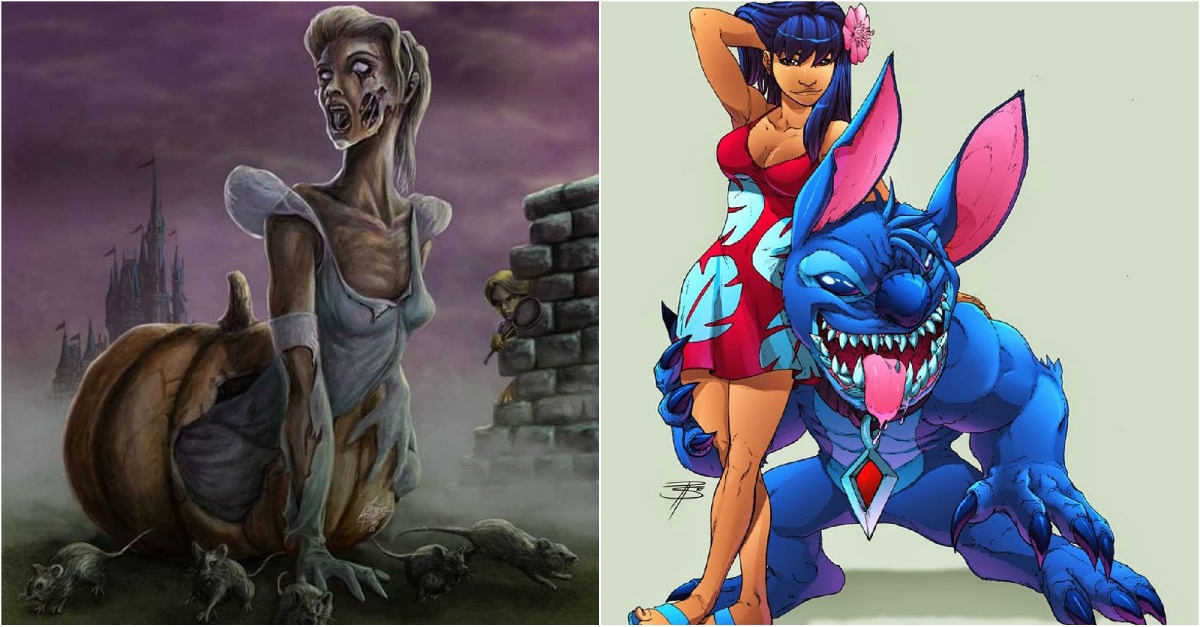 The following re-imaginations are ripped right from your nightmares.

While, it is true that we have seen many re-imaginations of our beloved Disney characters. I am quite sure, you have never seen them this bloody before. So are you ready to ruin your childhood?

It seems like Cinderella didn’t get out of the magic ride and got squished when it reverted. However, I am still not sure about the guy holding the racket hiding behind the wall.

Weirdly enough the illustration is named ‘The Babysitter’. I am not sure as to in which universe will he qualify as a babysitter even on his normal days.

I don’t blame Pinocchio for finally cracking under the pressure. I mean he did went through a lot.

There is so much wrong with this Genie that I don’t even know whee to start. Is that ectoplasm coming out of his ears?

It seems Ariel has went through a lot in this picture as evident by the big chunk missing from her tail. That would make anybody hungry for some protein filled fish.

All I want to ask is, why is the magic carpet holding Jasmine like that? That just makes me very uncomfortable.

From her stick figure to the sickly smile. There is nothing that is not wrong with her.

However horrifying this may be. At least we are learning something here. (Don’t know where we would this info though.)

I am not sure, he should be holding that saw. I mean he is known for being a klutz.

It is quite clear that the roles have been reversed. A little poison is not going to hurt Snow White. What does bother me though are the empty dwarf shown besides her.

Mike looks to be down on his luck. On the bright side, he won’t have any problem with looking scary now.

Is this the new Beauty and the Beast story? Because the way Stitch is holding her is quite uncomfortable.

Well nobody is going to hunt Bambi anymore. They might be too busy running away.

It seems eating all that honey finally caught up with him. Eating that much sugar will probably eave you like this.

Something went very very wrong for Belle to end up like this. Who is the one who bit her?