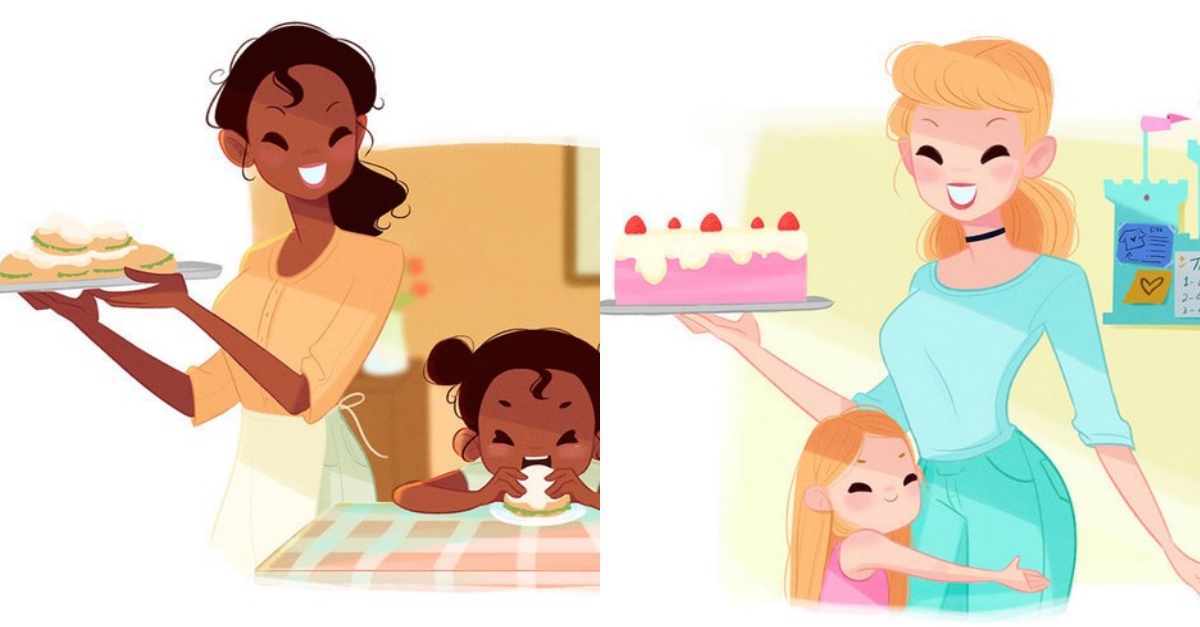 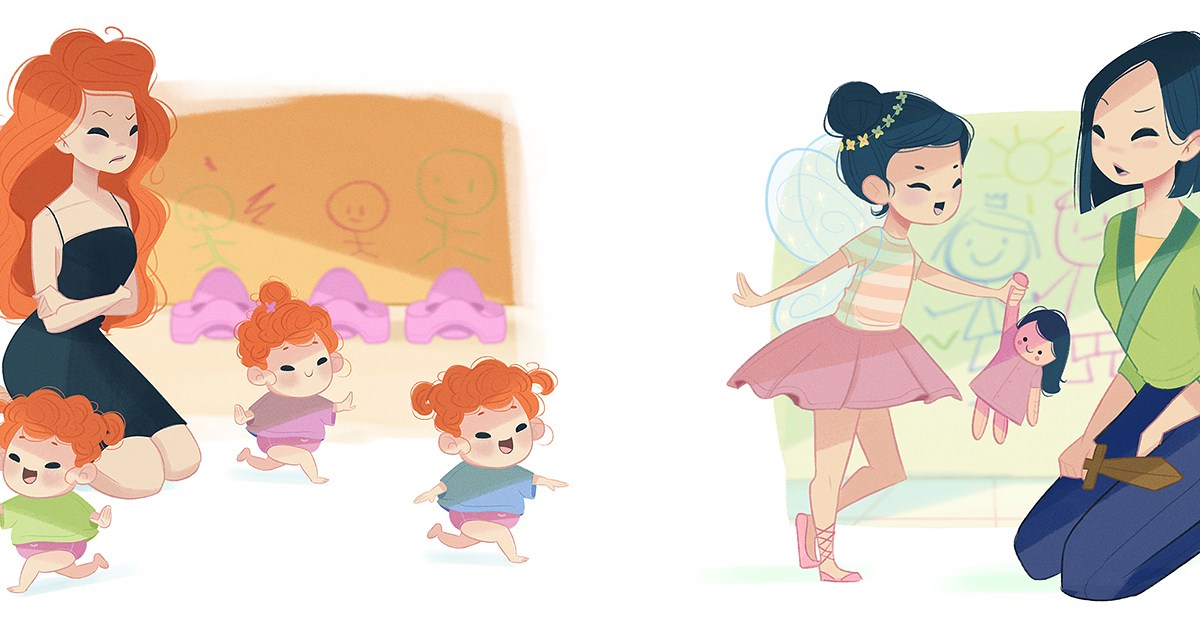 We all know the stories of Snow White and Cinderella, but have you ever tried to imagine what their lives looked like after the happily ever after ending with prince charming?

Luckily for us, artist Chabe Escalante has the answer.

All of them are illustrated in a hazy post-modern style, which goes really well when you take into account the dreamy nature of their stories. She also provides them with a little backstory each which adds a certain depth to the whole premise of their motherhood.

We have compiled several of them for your viewing pleasure and hope you like them. 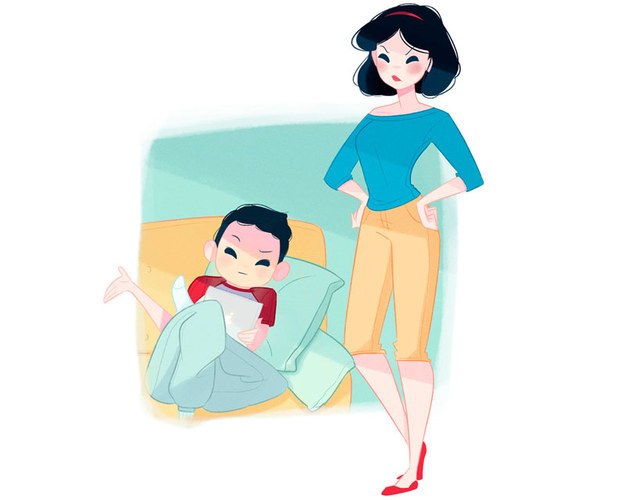 Snow White has a tween who sits on the couch all day. This infuriates Snow White who complains, “You have no idea how easy you have it. When I was your age I had to do menial labor!” 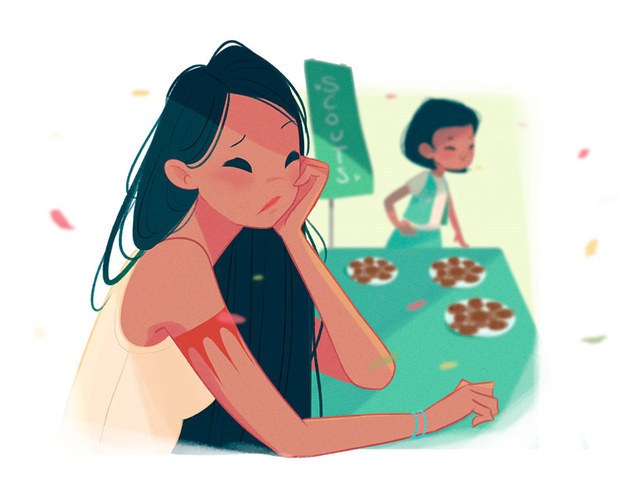 Pocahontas is the leader of her daughter’s Girl Scouts troop, and loves taking the girls on nature hikes to see “the colors of the wind.” She does not, however, enjoy trying to sell cookies outside the marketplace. 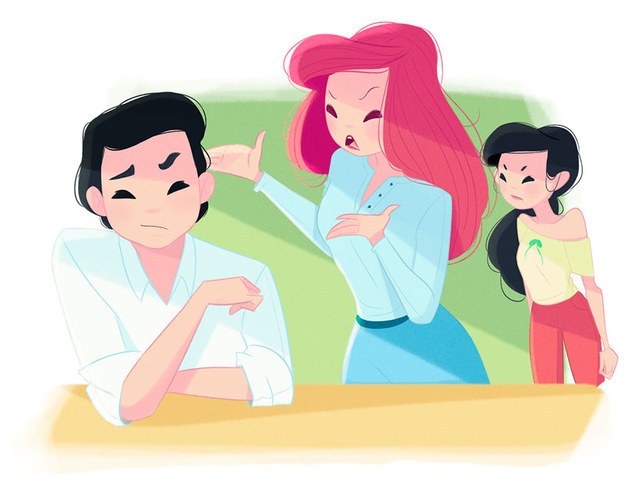 Ariel is constantly battling her husband over how much freedom they should give their teenager. “Are you kidding, Eric?” she often says. “When I was her age I thought a fork was a comb and practically sold my soul to a witch to get a boyfriend! There is no way she’s going to the fair alone!” 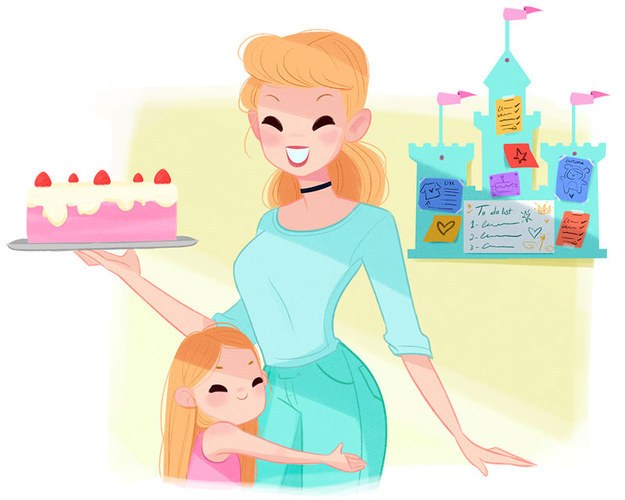 Cinderella is the ultimate Pinterest mom. She DIYs her kids gorgeous clothes (with a little help from her now elderly pals, Jaq and Gus), bakes amazing cakes, and uses eco-friendly home cleaning techniques. 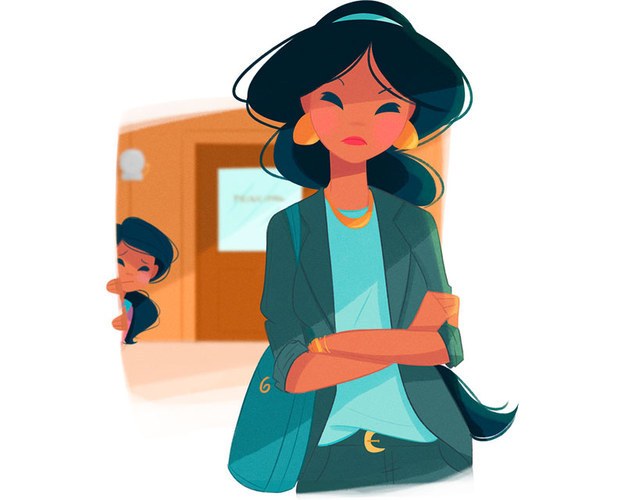 Jasmine is a PTA mom, and strikes fear in the eyes of the school administrators because she’s tough and doesn’t let her kids suffer any injustices. 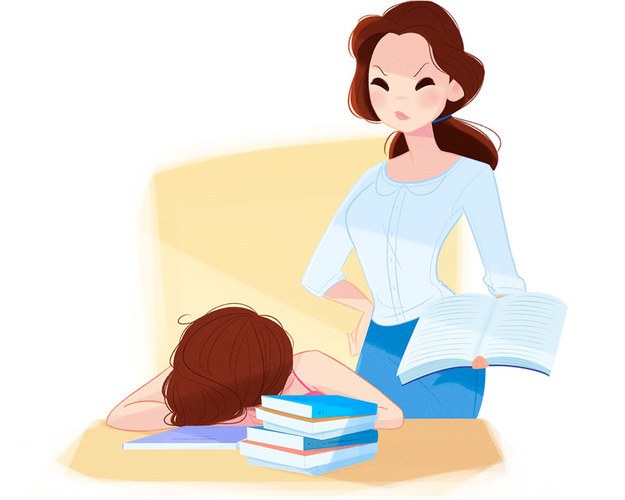 Belle is a dedicated homeschooler, but finds it is a lot harder to teach her kids than it was to teach the Beast. He says, to her ire, “I was only a good student because I thought you were a hottie, Belle.” 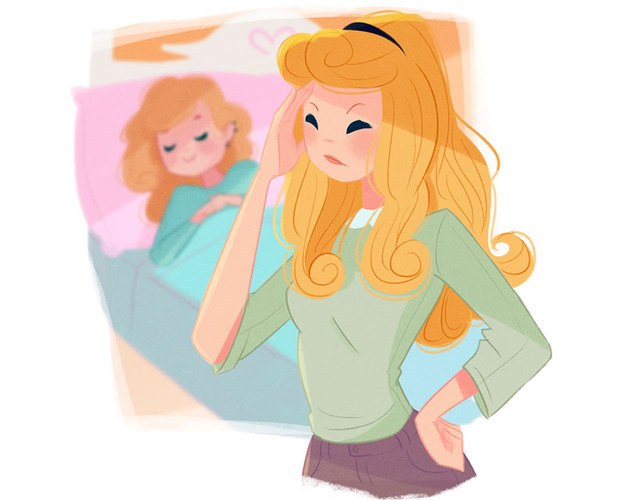 Aurora has a teenager who sleeps in way too late. This drives Aurora nuts, but when she calls her daughter on it she says, “Whatever, mom. Dad says that when you were my age you slept for days!” 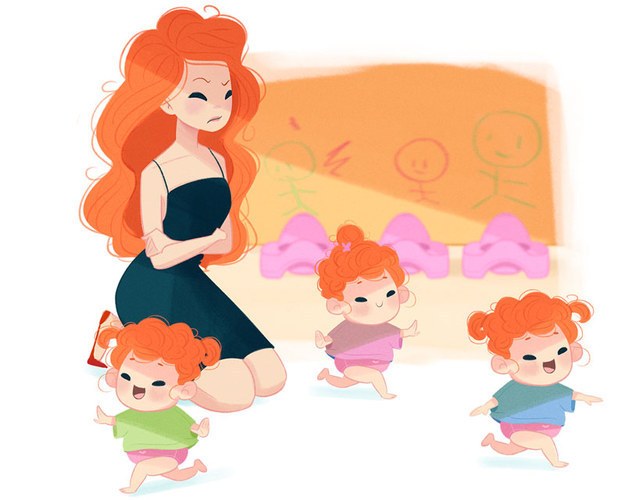 Merida has her own set of triplets she can’t seem to potty train. This drives her mad, especially when they pee around the potty. She often scolds, “If I can hit a bullseye from a hundred yards, you can tinkle in the toilet!” 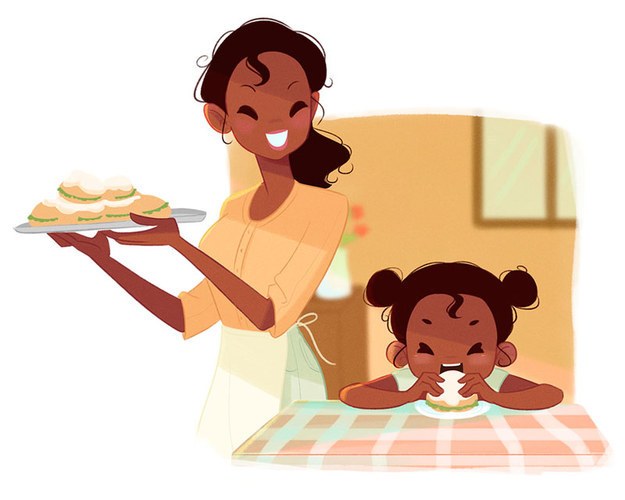 Tiana struggles to get her four-year-old to eat anything except for beignets. She’s so desperate to get her kid to eat better that she’s taken to grinding up veggies and hiding them in her beignets. 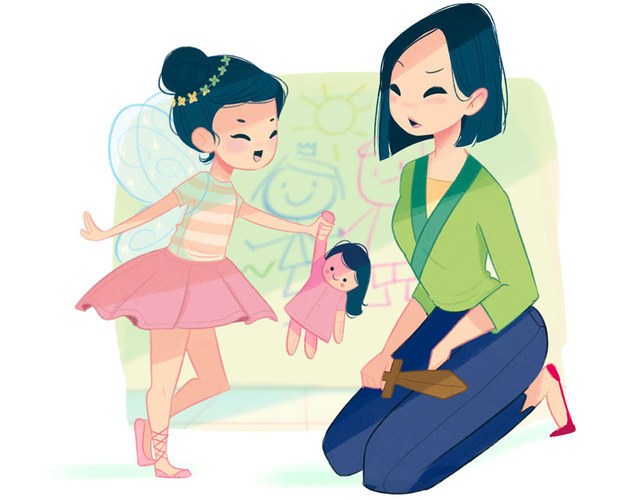 Mulan has a super-girly daughter who she does not know what to do with. Many nights she complains to Li Shang, “I singlehandedly defeated the Huns, and yet she worships Miss Chen from next door because she’s good at makeup!”

Anna feels like she is always in the sled, carting her kids around town to ice harvesting class, magic lessons with the troll king, and play dates with Olaf’s many snow kids. 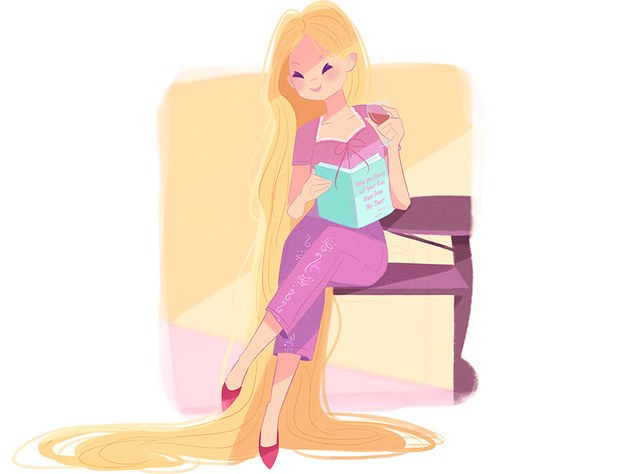 Rapunzel was stuck inside a tower her entire childhood and has vowed not to subject her kids to that. She’s now a “free-range parent,” and even wrote a book on the subject titled, “Let Your Kids Down From The Tower”.

So, what do you think of these illustrations?
Let us know in the comments below!