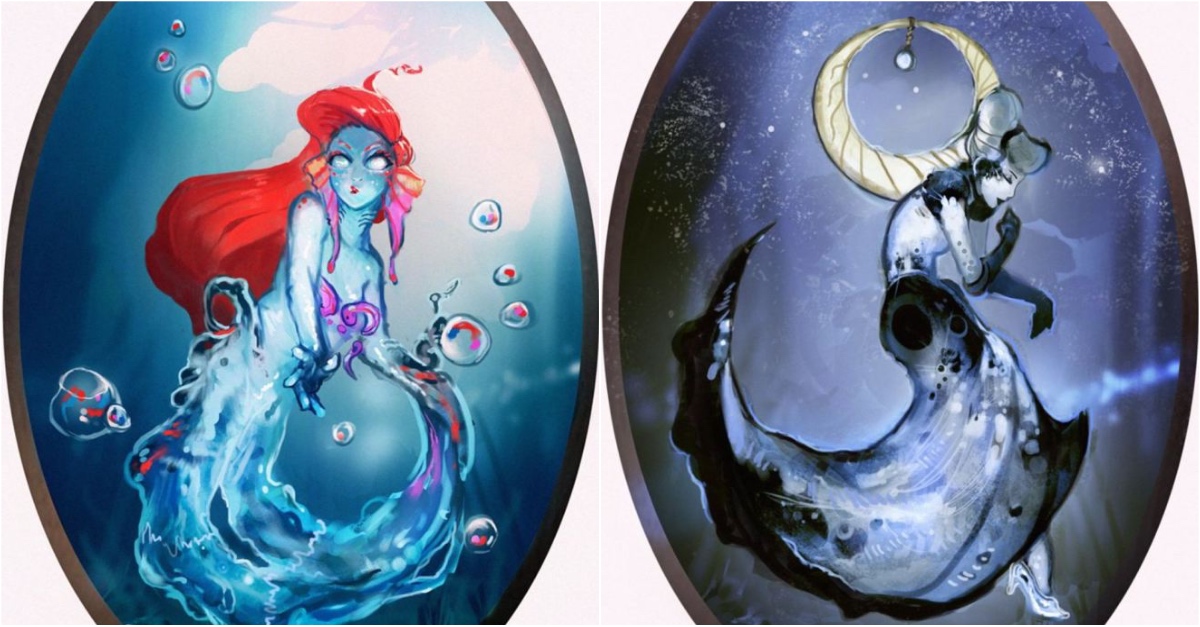 What if every Disney princesses had some sort of magical powers?

Yes, i know many Disney movies have magic in them. The current exactly is Elsa as she really does have the power of ice. However, have you ever thought, what natural element fits every unique princess?

Now, some of these might be quite obvious. Some of them though, may leave you with question. So a very talented artist by the name of Joel DuQue put his own spin on the classic Disney princesses.

I know people are probably sick of this…..The Disney Princesses as “something.” Even still I always find it interesting when someone takes a beloved character and changes perspective on it. Plus its an interesting design challenge, to change a character drastically while keeping them recognizable and making the changes believable. 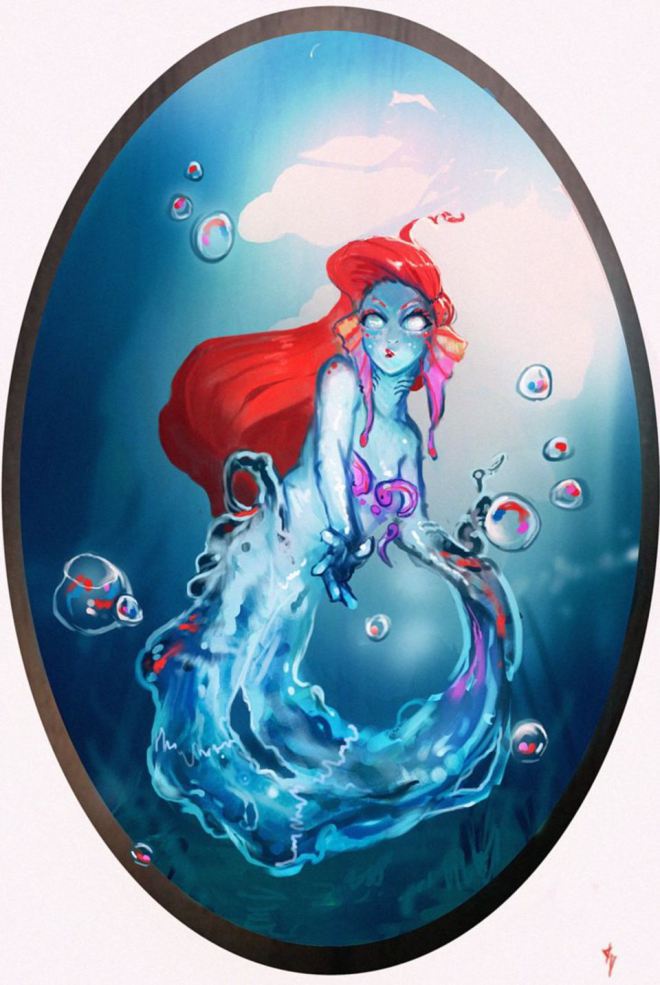 There, another Sherlock Holmes worthy element of choice, someone should tattoo all these on their back(preferably a hairy , middle-aged male). 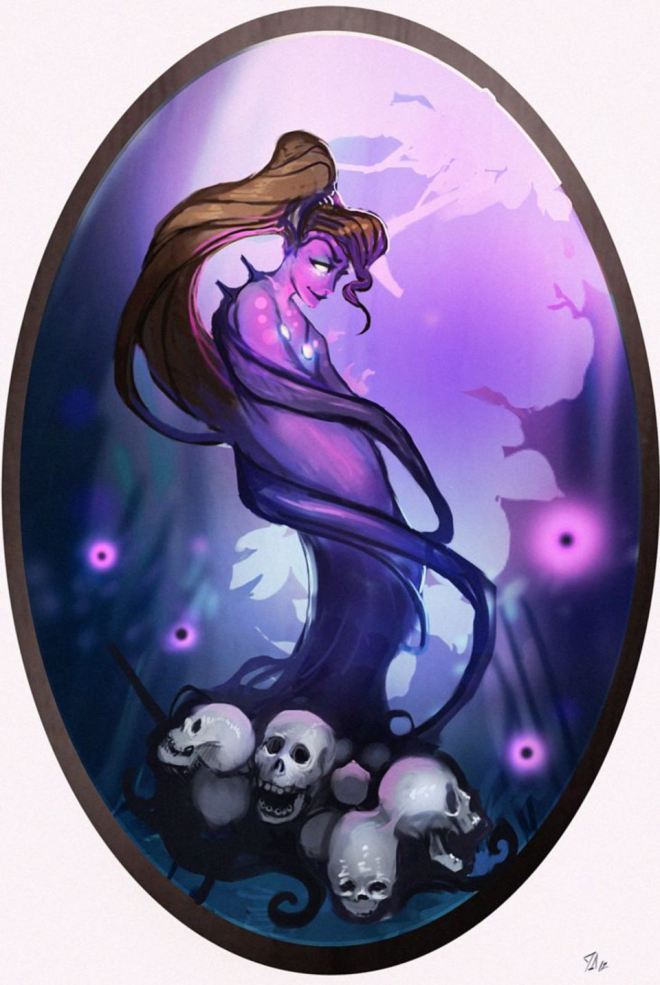 I know BIG surprise she’s the dark element! Well Perhaps i’m unoriginal, but I couldn’t think of a more appropriate candidate. I mean MAYBE Snow White… that could have been interesting actually. However it has been decided. Megara Element of Darkness. 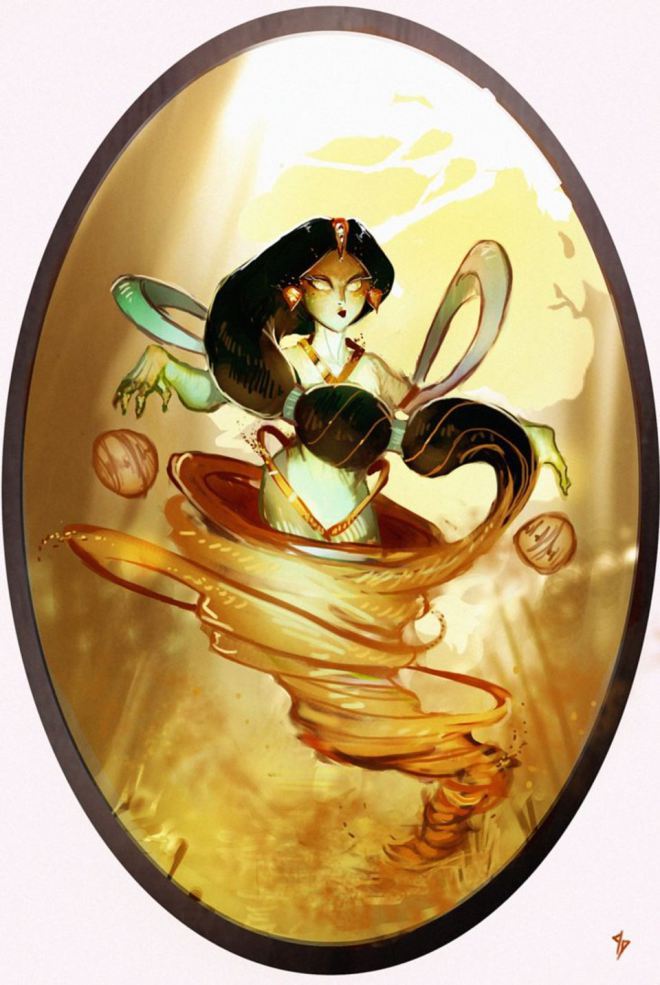 Jasmine as Wind. I couldn’t get the idea of her swirling in a sandstorm out of my head. I guess in actuality its Earth/Wind, but we’ll just ignore that. Jasmine seems like a Storm to me, Calm at times but has great potential to be strong and powerful. 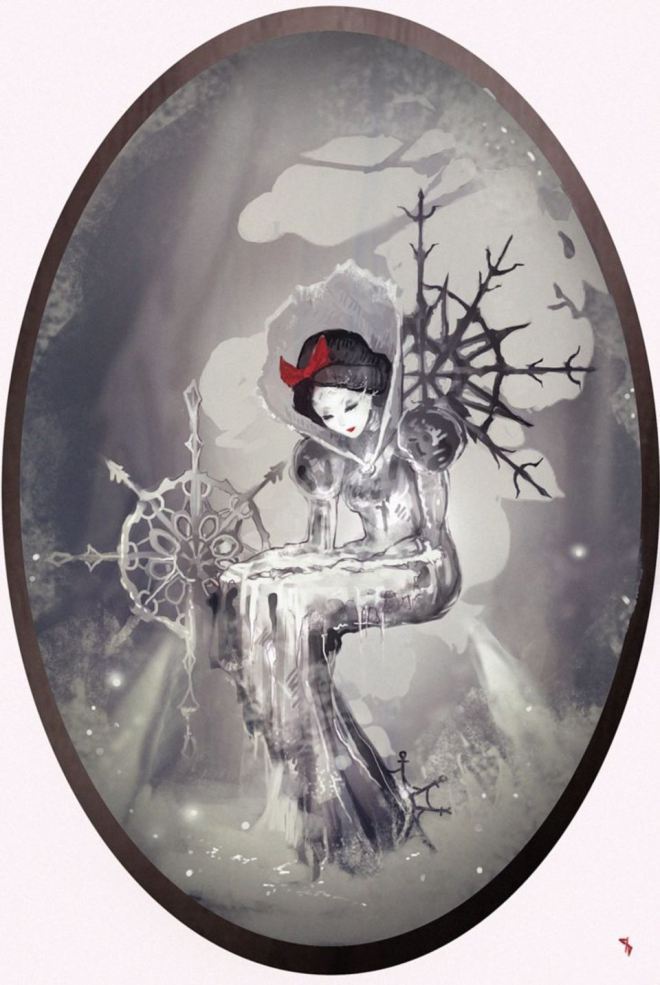 I was struggling with concepting this one. At first I wasn’t sure which element i was going to go with. My first idea was Earth/Gems. To reflect the Dwarves mine full of colorful gems, and in fact that Snow Whites dress is the most colorful out of them all. (Primary Colors scheme ftw?)

But then people kept mentioning Snow. Seemed almost too obvious… then I thought about taking out all the color from her. That idea stuck with me and I couldn’t get it out. Plus Ive been so bright and colorful with every entry I really wanted to try to do something new here. So here is what I have i guess. 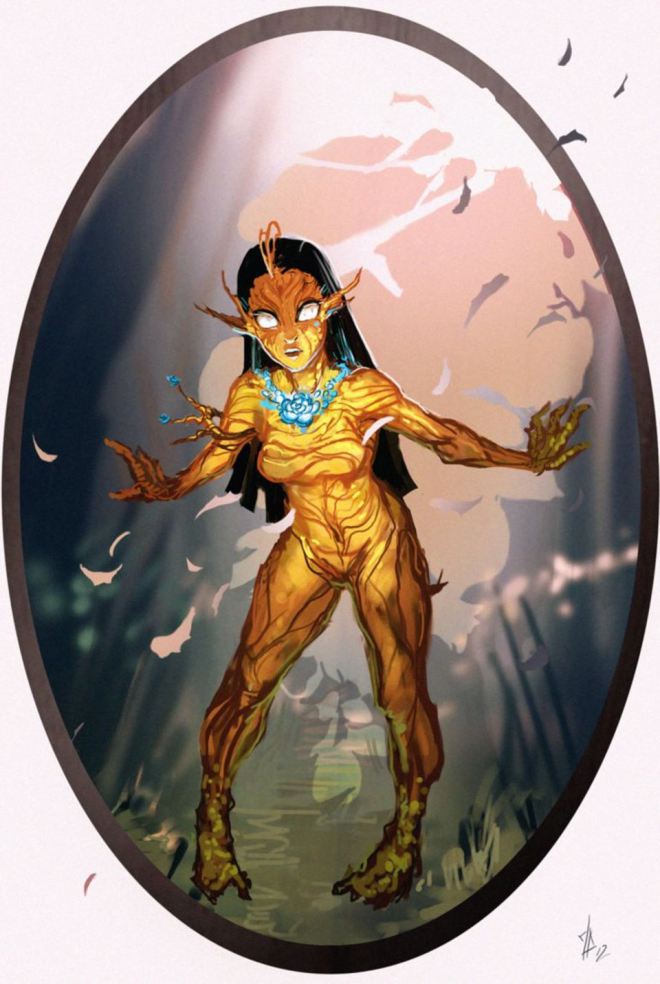 This seemed obvious for me. She was also the first element I thought of. I have yet to decide whether she will be “wood” or “earth” since I could have more ideas for Earth on another Princess. Hrmm. We’ll see. Hope you enjoy.

Does anyone else think she looks like a Spriggan from The Elder Scroll series? 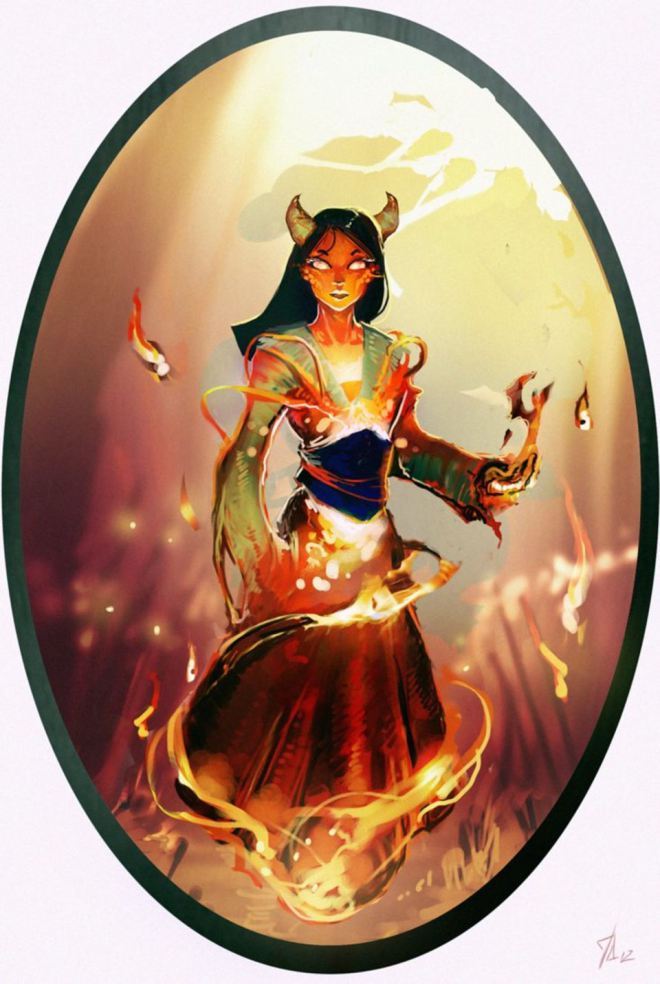 Here’s is my interpretation of Mulan, element of fire. This made sense to me, and I hope to you too. Dragonfire, plus she is such a strong passionate woman. My other candidate for Fire was Jasmine, as she has a similar attribute. But I mean Mulan DID have a dragon.

Rapunzel, element of light. Again, another obvious choice. I don’t think I could’ve gotten away with doing anything else. Her sunny disposition was so fitting in the film, I had to give her a little smile. 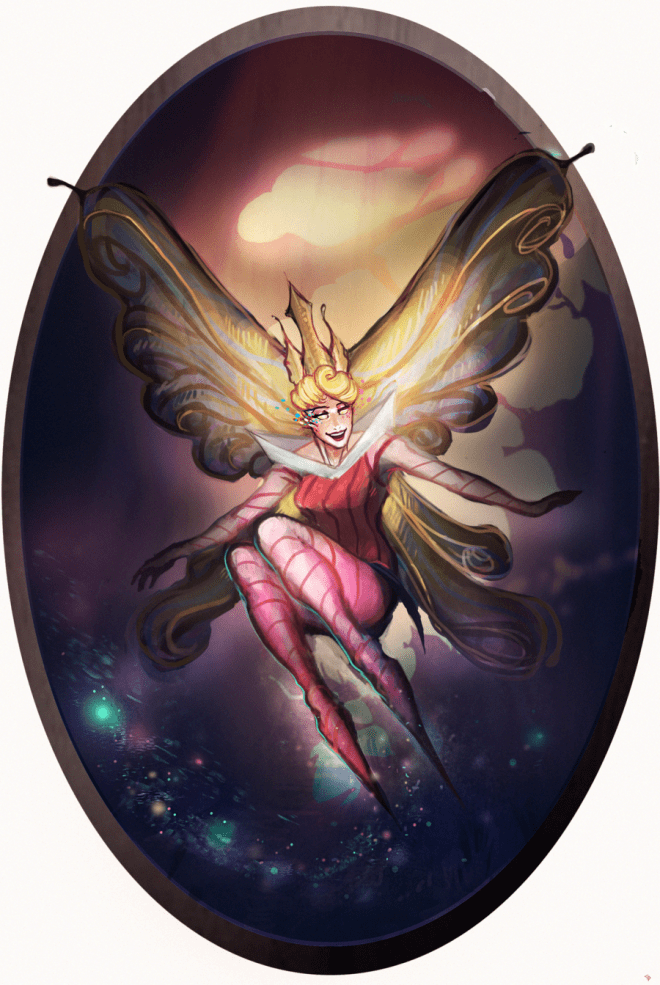 Alright, again, not a traditional element, however I couldn’t resist the temptation of making her into a Fairy, she should be! I mean, she’s the only important female from her movie that isn’t.

Again, tried to incorporate some elements, like the spindle and her flowing hair. Her face gave me some trouble, but I think i kind of got… something here. Also, I couldn’t decide between red or blue! Haha so i put them both, and a touch of green. 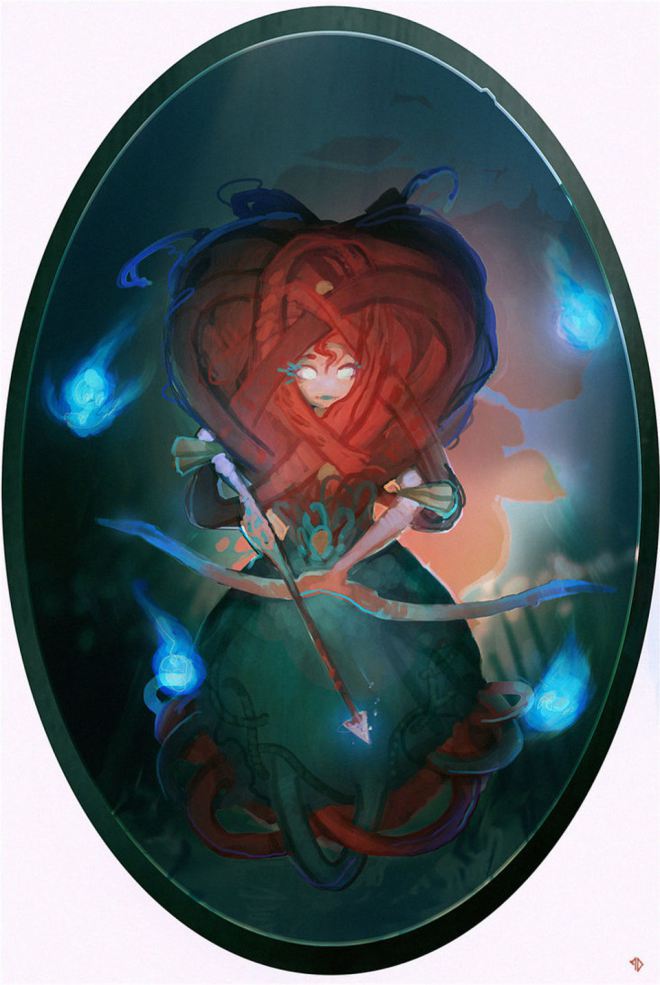 So I had a lot of different ideas for her after watching the movie Brave. At first I was thinking a transmogrification element, her essentially half beast, but after thought that didn’t really stick. Then I thought of the wisps and what sort of element that could be.

None of those were really calling out to me, so i went back and thought about her. Ultimately her love for her mother changed everything. I needed an element that fit her sweetness as well as her strength. Nothing is more fierce, strong and capable of love than the heart. 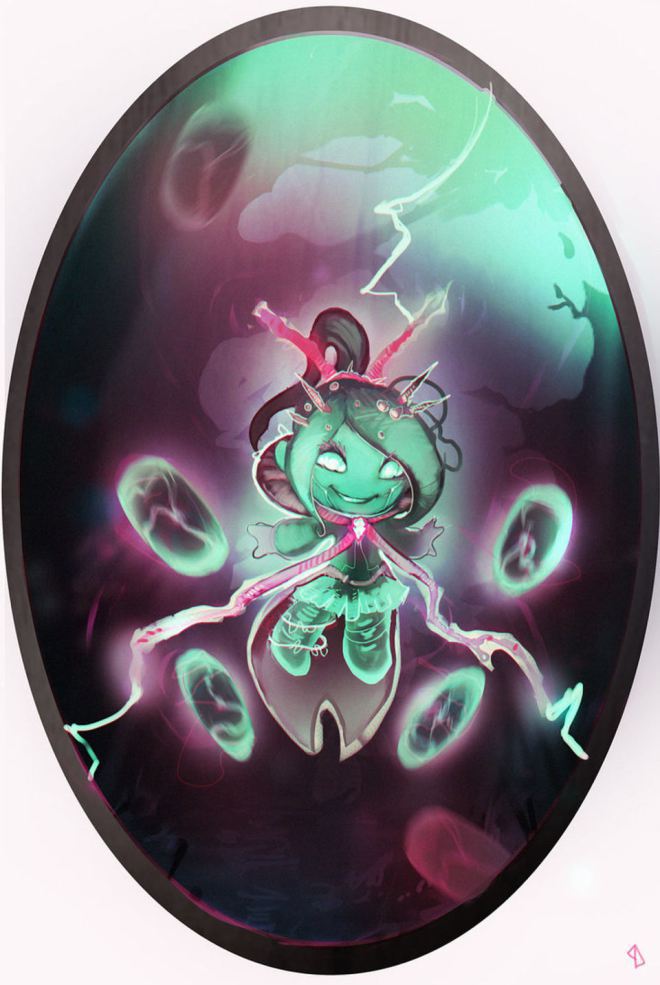 Oh. My. God. Was I struggling with this one. Ever since I saw Wreck It Ralph I wanted to do Vanellope. She was so adorable, albeit a little bit crazy! I couldn’t pass up to play on her “glitchy” side. I had an idea of half of her body in mid teleport but it quickly started looking like that “saw in half” magic trick gone horrible awry.

So I came up with -many- iterations of her. Like 20 sketches and even still i’m not 100%. At this point I’ve seen her so much I don’t even know if this picture looks OK… everything is… hazy. 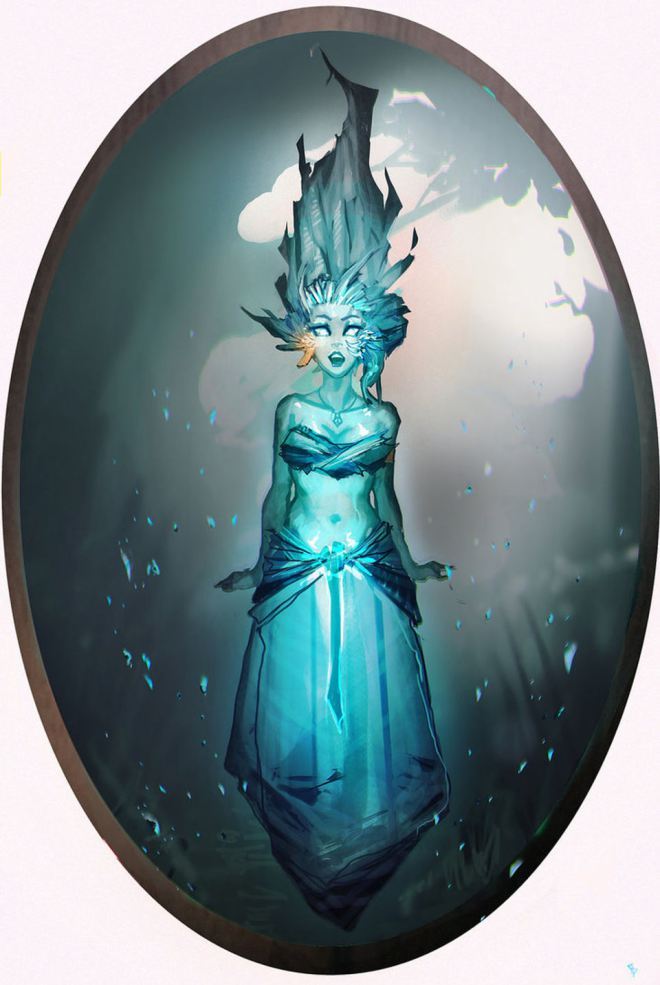 Oh Kida, the lost princess. I feel bad for her, she really was pretty much forgotten. I always liked her though, even though Altantis wasn’t my favorite movie, her tribe and strength always interested me! I find her being the element of Gem/Earth very fitting.

Such strength and shine hidden away underneath the ground. 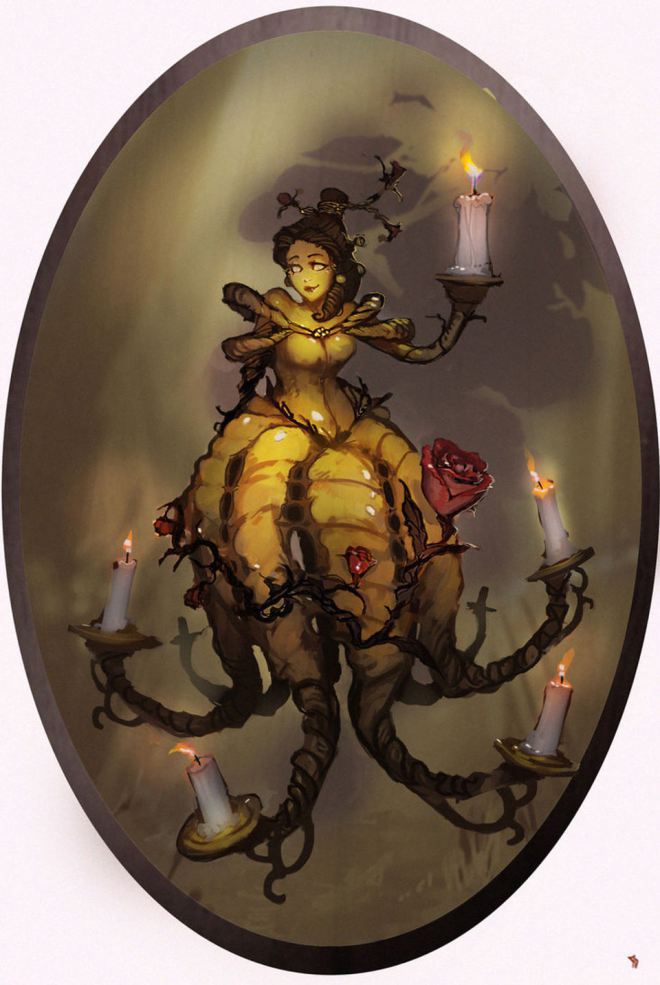 This has been tons of fun to work on in between assignments and my job. I’ll be honest I had a really hard time with Belle, even though she’s one of my personal favorite Princesses. (I used to wear out my Beauty and the Beast VHS putting it on constant repeat.)

I was scared to create her elemental because she fits well with a lot of elements Ive already done. I originally thought of her as jumbled mess of metal and cogs, similar to her Father’s inventions. That didn’t work quite well enough since they are wood heavy. This idea came to me a bit later and her as a Candelabra/Chandelier stuck in my brain. Had. To. Do. IT. 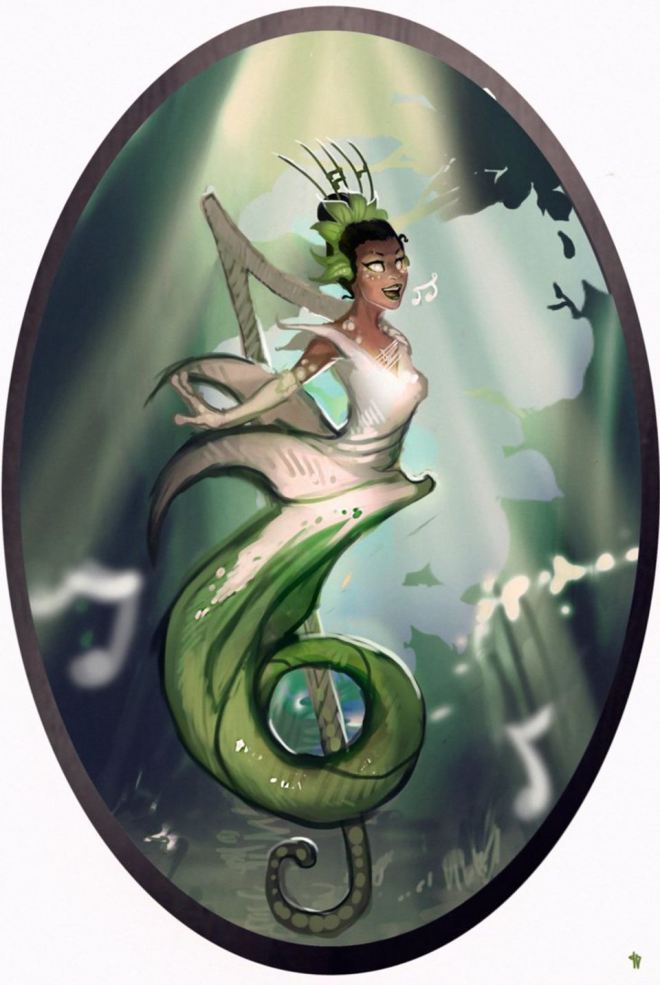 She is the element of Sound… and plant? Not intentionally, but leaves are so iconic to her look I had to put them in there! I really enjoyed the music in Princess and the Frog, it had a great Jazzy style to it! I listened to Almost There and Dig A Little Deeper while painting it. Got me in the mood!

Had some issues with the question: “How do you show “sound” in a painting?” Hopefully I didn’t fall too far off the mark. Also tried to add some elements of Frogginess. Hope those elements show. She is by far the most “human” of all the DE Ive done I think. 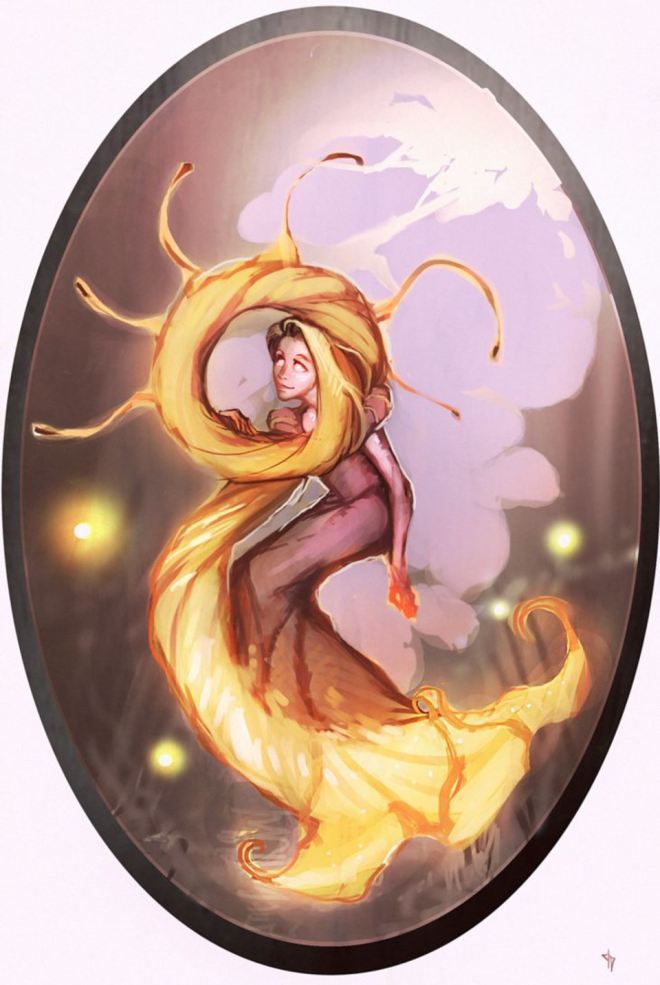 I know what you’re thinking… Ive already done her! As I said before, I wanted to re-do her and make her more interesting and overall better quality. I wasn’t proud of the old version by any means. 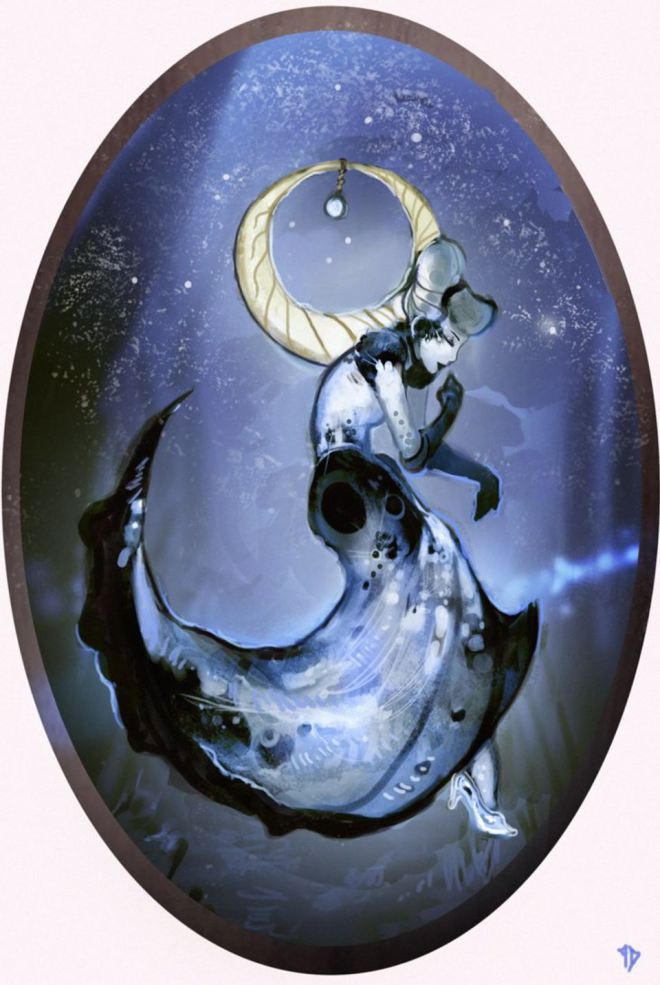 Alright… maybe I cheated a little here, as Moon isn’t “technically” an element in really any country. Although if I am to go by Sailor Moon, which i most certainly did in this case, then i’m good. I’d prefer you not to judge me!

The moon is a big deal, and so is Cinderella. She’s very iconic! I don’t think i quite did her justice! Hope you all enjoy it though.

Which one did you like best? Do you think he did justice to out favorite Disney princesses? Or should they have been represented with a different element?