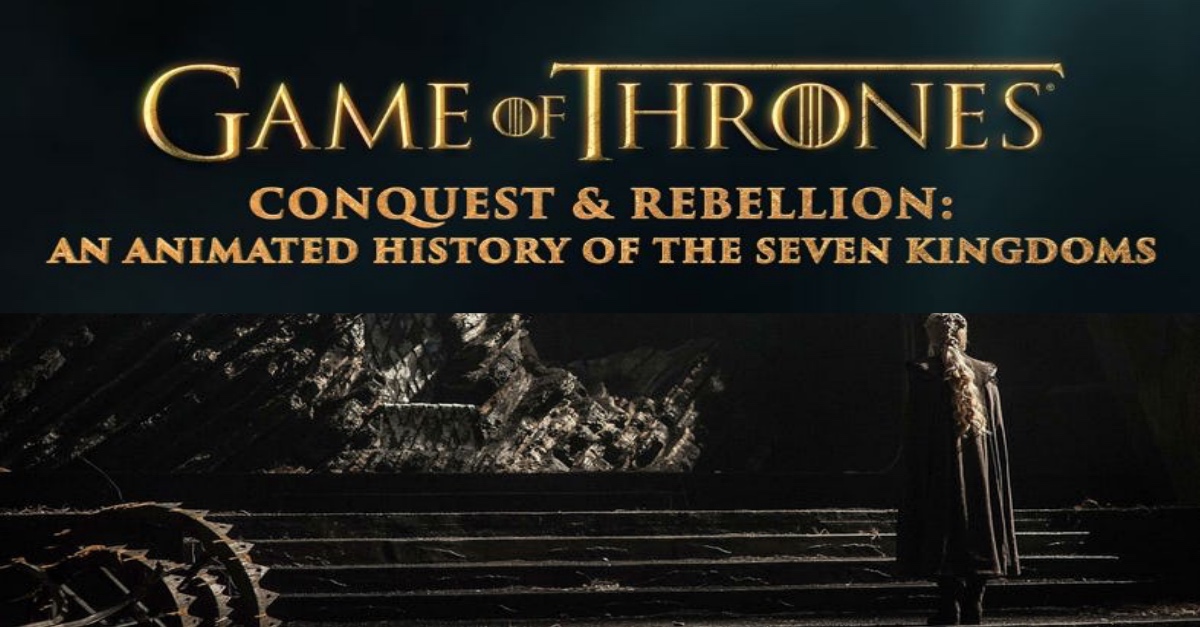 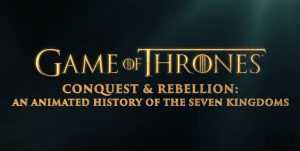 A new “Game of Thrones” featurette offers an animated account of House Targaryen’s history. This video comes at a time when the Targaryens are very much in vogue: following the reveal of Jon Snow’s true name, and his concurrent relationship with Daenerys, it’s looking highly likely that House Targaryen will finally attempt to reclaim The Iron Throne in the upcoming final block of episodes, Game of Thrones season 8. 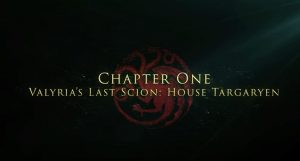 This four-minute history of House Targaryen is one segment of the 45-minute Conquest and Rebellion bonus disc, which will be included with the Game of Thrones season 7 Blu-ray and DVD release. This first clip, narrated by Viserys Targaryen actor Harry Lloyd, is highly insightful and entertaining. 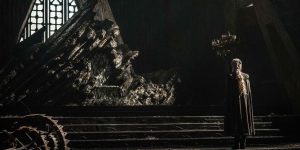 It’s rather thrilling to see a visual representation of Valyria, in all its glory, at long last. This golden age of House Targaryen, replete with a glorious homeland and manifold dragons, has oft been cited as a potential era to explore in a spinoff series. The last anyone heard, HBO is developing four prequel shows in the hope that one of them – at least – can jump onto the schedules once “Game of Thrones” is finished. Perhaps one of those series will cover this curious section of the lore’s history. While fans wait to find out, this glimpse at the earlier days of the Targaryen timeline will have to suffice.