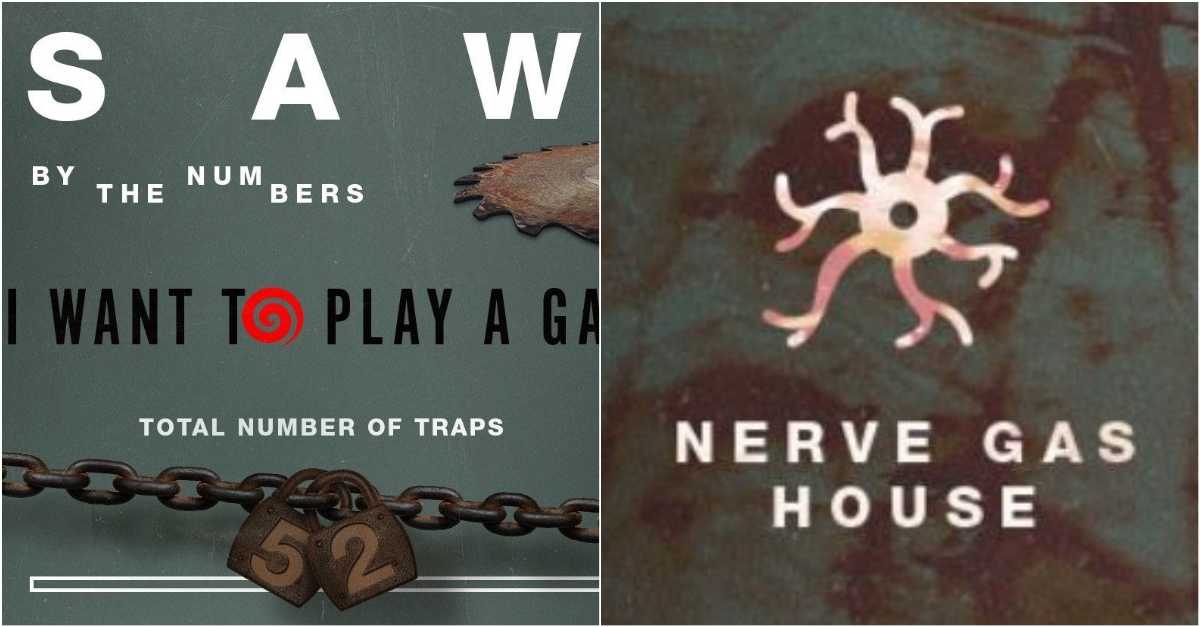 Saw series of movies started with an innocuous premise of a man on his death-bed choosing to punish those who do not respect the lives they have and instead try to commit suicide. It later devolved into a study in body horror and laid the way for a generation of movies based on the same.

However, seven movies in, the series has finally decided to reinvigorate itself with Jigsaw and the planned sequels.

But as it happens with anything else, the kind people of the internet took notice of the kinds of punishments and deaths being meted out to the victims of Jigsaw and some bright soul decided to make an interesting infographic that is at once intriguing as it is horrifying.

Take a gander yourself!

First up, we have the information on the traps laid b Jigsaw.

It is Flabbergasting to See the Sheer Number and Kinds of Traps Laid!

The Statistics Are Mind-Boggling!

The Voice of Doom!

Some of the Locations That The Horrible Being Laid His Traps In!

So, what are your views on these horrific statistics?