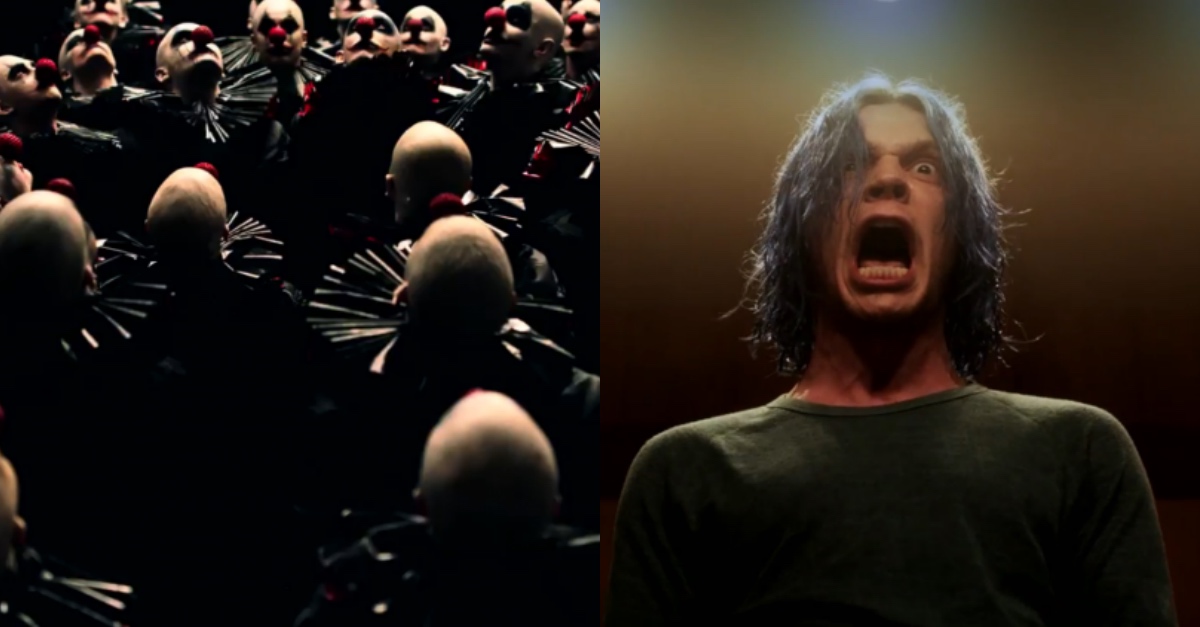 The FX television hit American Horror Story is back again for another truly terrifying season. With the kickoff trailers of season seven, we get a sneak peek at the horrifying world of American Horror Story: Cult. Throughout the trailer we see several scenes featuring the new star of your nightmares, creepy clowns. Not just a few clowns either, as the scenes depict an entire cult of insanely terrifying clowns.

Welcome to American Horror Story: Cult. Rumored to be a spinoff of the recent 2016 American Presidential Election, it is safe to say we’ll most likely be seeing a bit more than just creepy clowns this season.  With the cast line up consisting of Billy Eichner (Harrison Wilton), Alison Pill (Ivy Mayfair-Richards), Billie Lourd ( Winter Anderson), Cheyenne Jackson (Dr. Rudy Vincent), and Colton Hayes (Detective Samuels) there’s plenty of human companions to welcome you into the cult. Not to mention the return of fan favorites Sarah Paulson, Evan Peters, and Adina Porter. Adding in a cameo of Emma Roberts, and it’s safe to say (even with terrifying clowns) this is a cult we’d happily join.

We’re screaming with joy too, Evan.

Still a week away from the premiere, we can’t help but wonder what’s in store for the pilot episode.

Don’t forget to tune in September 5th 10p, your invitation to the cult has arrived.