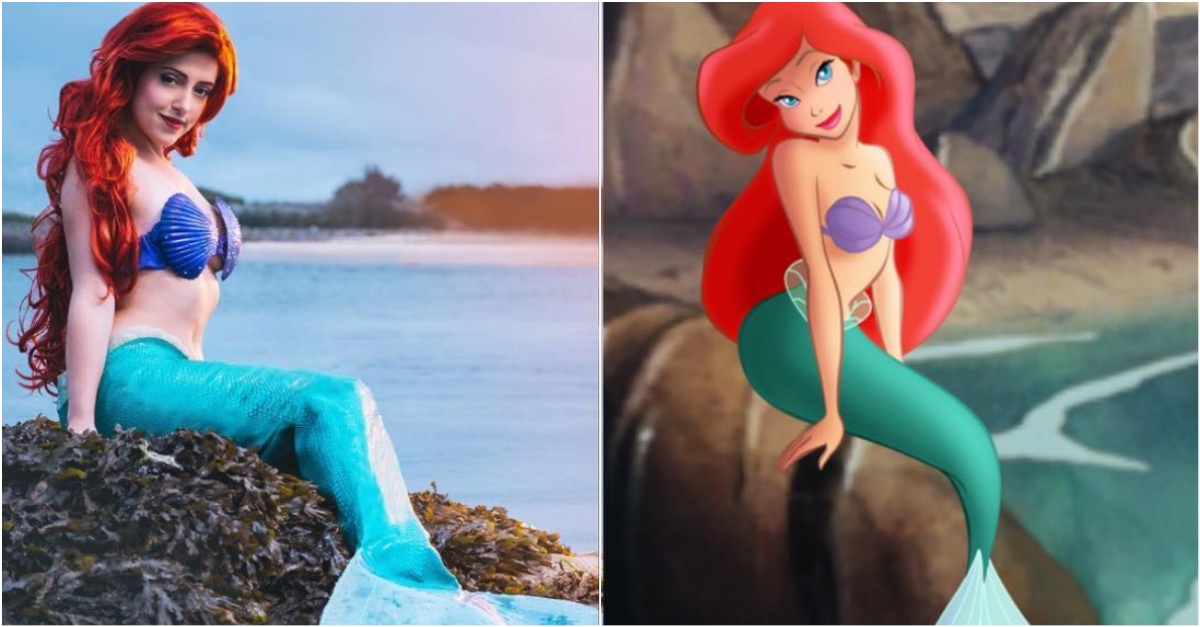 Which girl wouldn’t like to wear one of those Disney Princess Outfits and make herself feel like a princess?

The only problem is, that as of yet, we couldn’t find those outfits designed the same way as they were in the cartoons but kudos to this amazing woman, who recreated them and everyone went nuts after it!

Let’s take a look at them!

Ophélie Veret, who is from Paris is well known in the cosplay community because she is a cosplay queen! This girl will drive you nuts by her incredible beauty and talent! I can’t even imagine one girl becoming all of my favorite Disney Princesses, and she pulled it off so well that it’s hard to differentiate which one’s real! Be it Rapunzel, Ariel, Elsa, Belle or even Cinderella; she can pull off anything! On Instagram, she’s known as  lily_on_the_moon.

Moreover, she even dressed up as Giselle from Enchanted. She even pulled off Judy Hopps from Zootopia so brilliantly!

Want to know something amazing? Veret makes almost all of her costumes with her own hands! She dressed like Anastasia! She’s undoubtedly a princess, just look at her.

Veret’s first costume was Bo Peep from Toy Story, and she started back in 2009.

“When I was a teenager I was very shy and unsure of myself,” Veret says. “Cosplay helped me get through these rough years, and each Disney princess helped me become a better person.

“Before wearing [the costume], I always watch the movie to immerse myself in their personality,” she adds. She enjoys seeing the reactions of children when she’s all dressed up: “They ask a ton of questions and don’t want to leave us!”

Now here comes the tricky part, you might know her for her Disney costumes mostly but did you know she dresses up like other hot characters too!? Which includes the famous Daenerys Targaryen from the series Game of Thrones and Black Widow from The Avengers. That’s so HOT!

Out of all the costumes she wore, did you know which was her most favorite? It wasn’t a Disney Princess but a character from a video game. Ciri from The Witcher 3! “I enjoyed every single moment spent on making this costume, and I’m very proud of the result,” Veret says.

After all these pictures, someone should cast her in a  live-action Disney remake and it will be a hit, I bet!