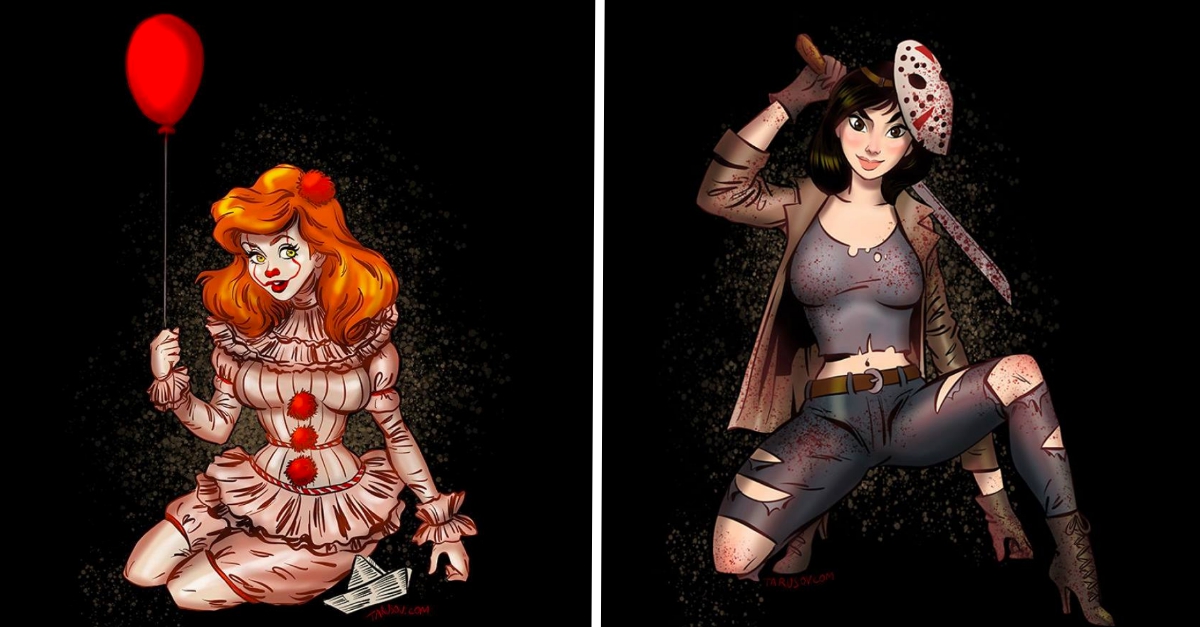 Ever wondered what your favourite Disney princesses would be like if they turned into psychopaths? Well, you better start thinking because this artist’s visual images have our minds completely blown.

Every picture by Andrew Trasov depicts the infusion of a Disney princess with a negative character of Disney world. How thoughtful could that be?

Scroll down and see for yourself!

Pinhead From The Hellraiser – Elsa 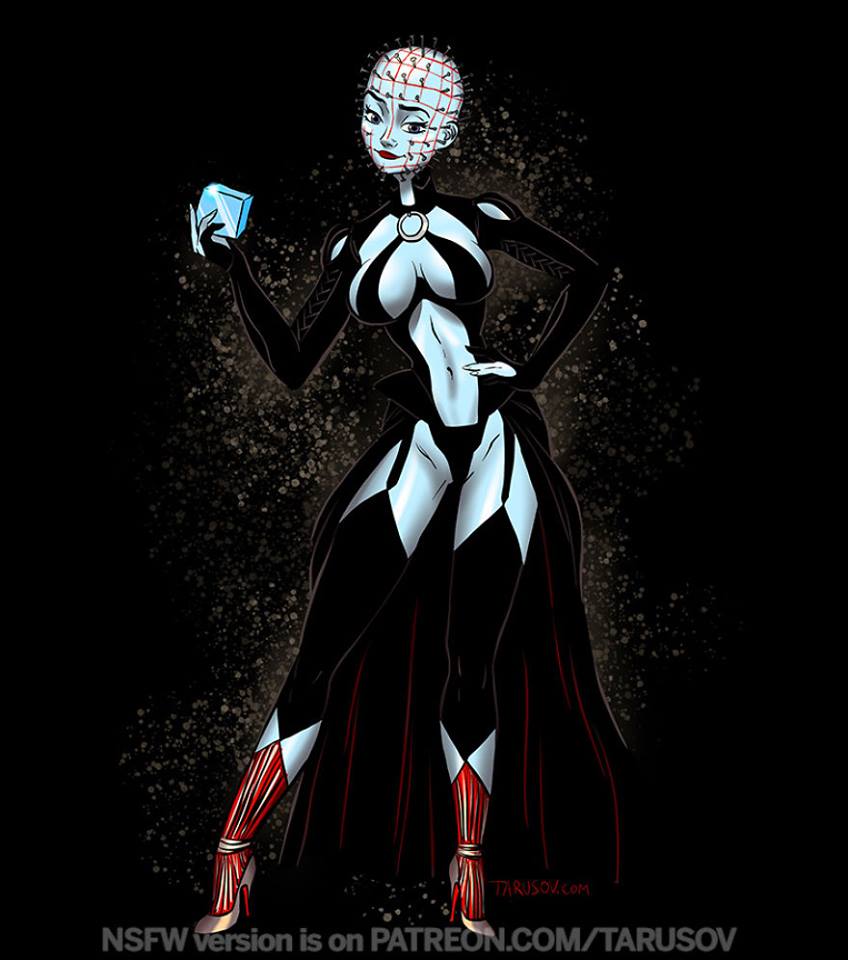 ” I am having nightmares for long now. I only see myself with Pinhead-The hell raiser. He keeps asking me to join him for a murder.”

Pennywise From It – Ariel 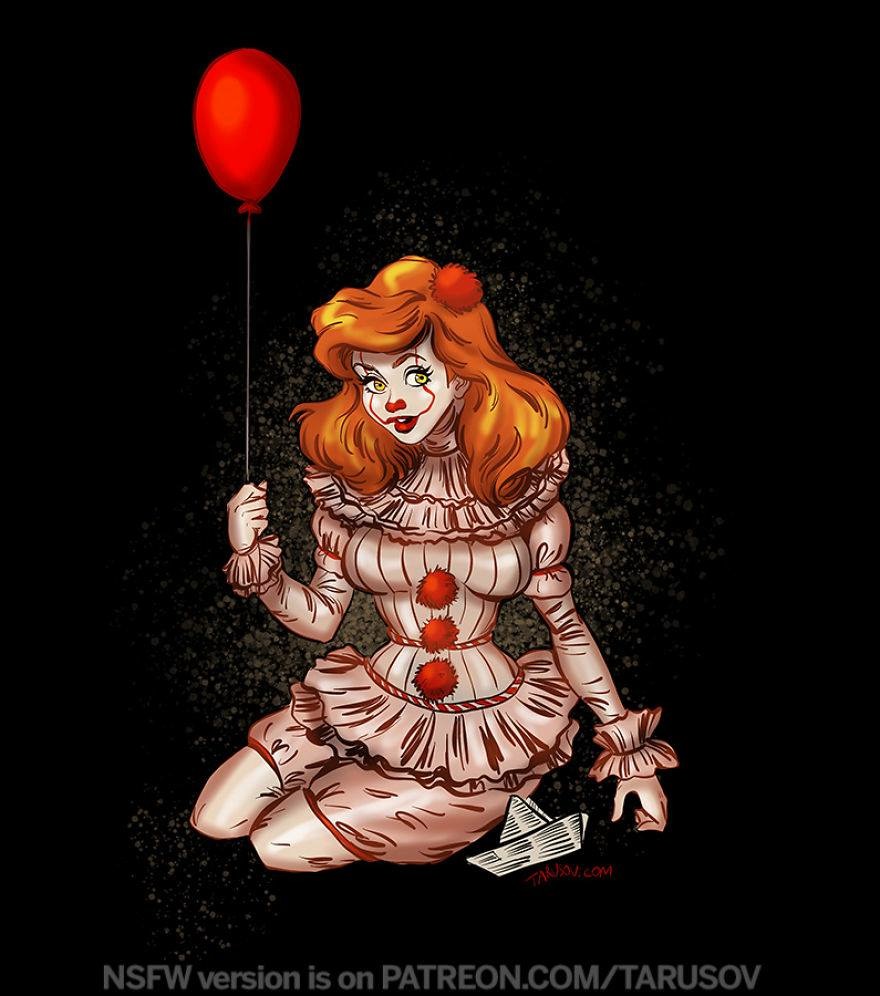 “Queen of water, I always have charmed ones without tails. I proudly own one! However, now I have started to like human flesh as dessert. And you know whats cherry on the top? FRIGHTENED HUMAN FLESH!”

Billy the puppet from the Saw movie- Snow white 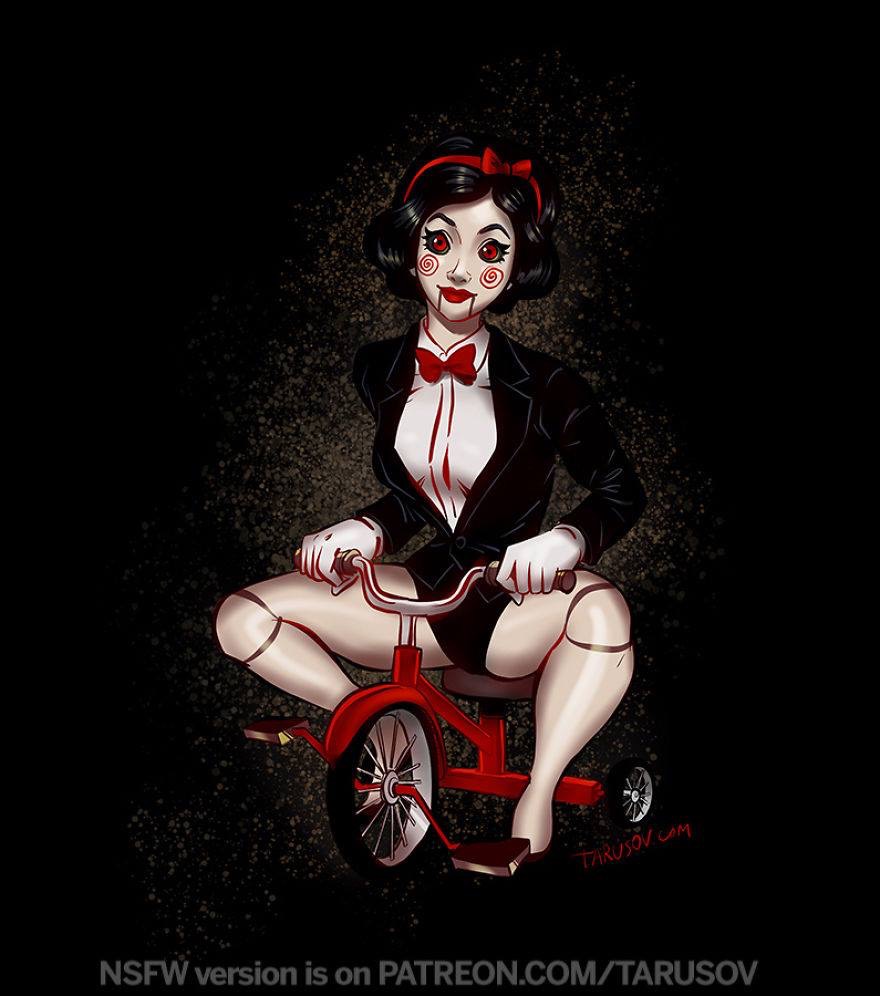 “This cottage with these tedious seven dwarfs have forced me to make a new friend. Hi, billy! Billy from the Saw movie seems to annoy them a little but what these dwarfs don’t know is that we are hunting them down.”

Sadako Yamamura From the ring- Repunzel 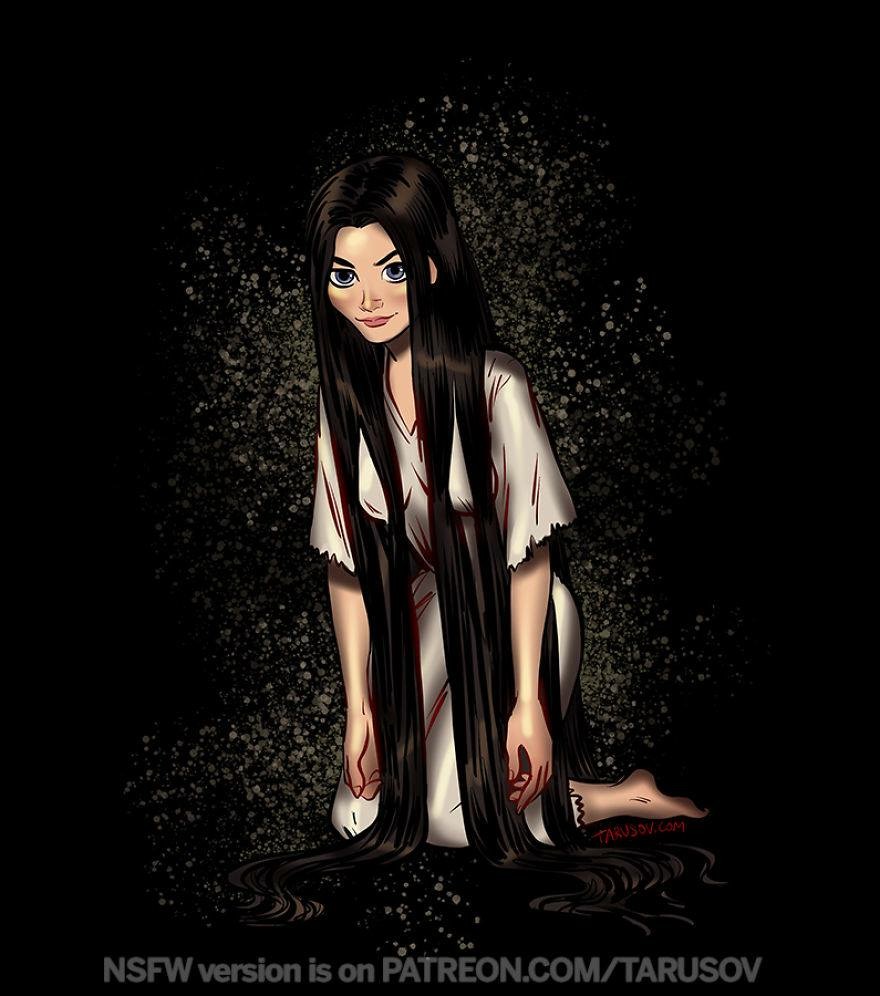 “Flipping my hair in front of the mirror, I wait anciently for the love of my life to come and rescue me from the spell of this castle.
How beautiful I am with these long hair?
Lost into my thoughts, I am staring at those deep beautiful eyes of mine in the mirror.
But, There is something wrong. I can’t figure out right now. Wait, what just happened. I stopped brushing my hair while staring directly into the mirror. I could hear my breaths in the silence of this evening. I move my hand towards the mirror. Moving closer towards the mirror was the biggest mistake I ever made. Why? Asked my stepmother who usually comes by evening to give me some bread & milk to survive. Because she smiled at me.” 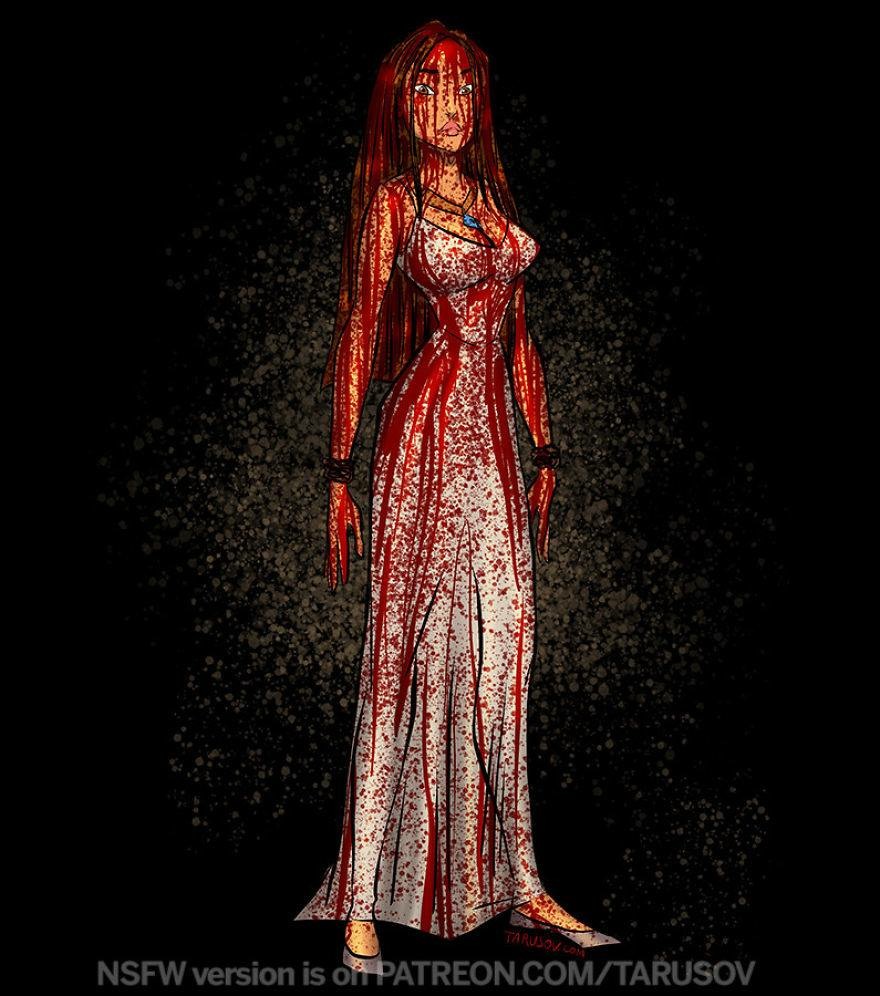 “I, Pocahontas, take full responsibility of all the murders happened in Jamestown.”

Leatherface from the Texas massacre-Jasmine 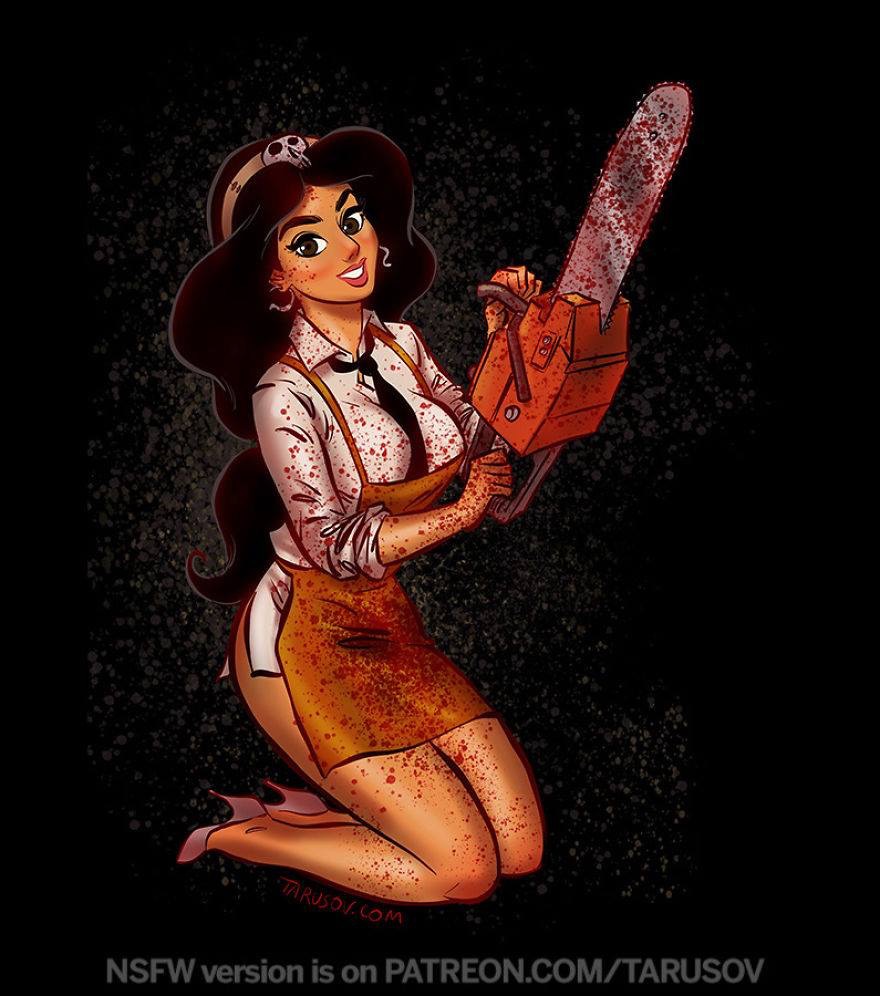 “ I don’t really like killings, but Abu has been such an attention seeker. It doesn’t mean I never loved this small little creature. Its just maybe I wanted a change of taste. So, I choked him to death first and cut him into small pieces. Poor Abu!”

“Bravery has been in my genes. It’s who I am. I bought myself a doll named Chucky who seems to be as brave as I am. We talk when everybody sleeps, usually at midnights. Please ignore the scratches on my face. He just loves me, and we bond together strongly!”

Freddy Krueger From The Nightmare On Elm Street – Aurora 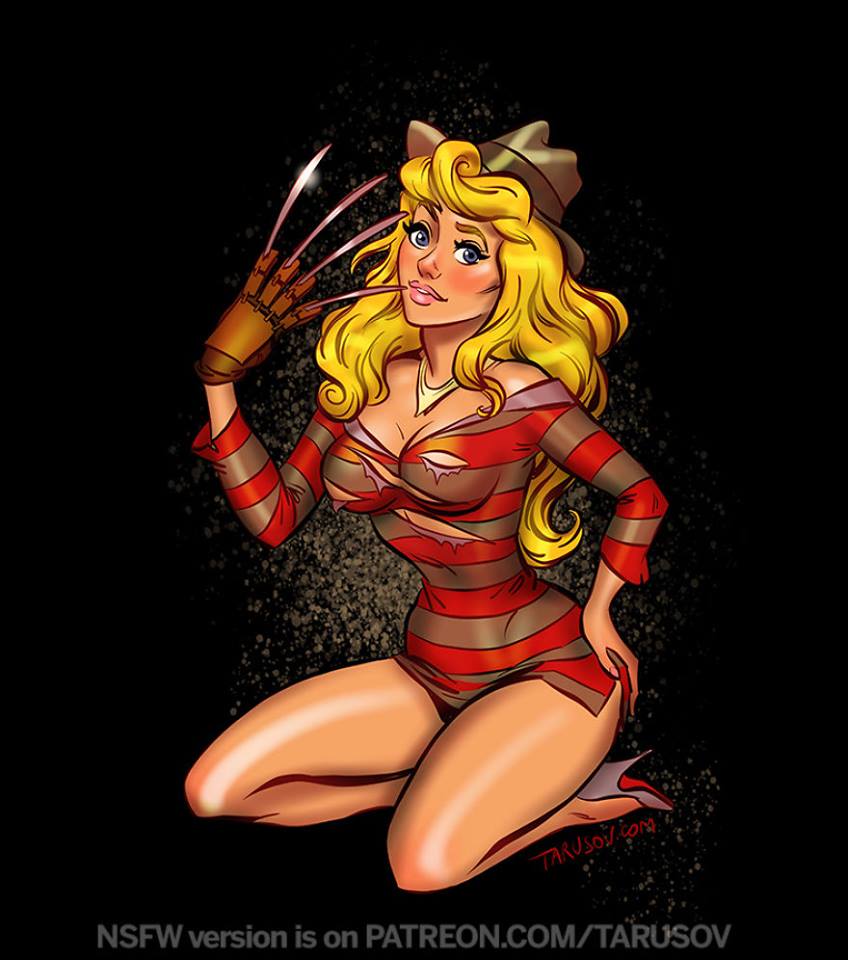 Hannibal Lecter From The Silence Of The Lambs – Belle 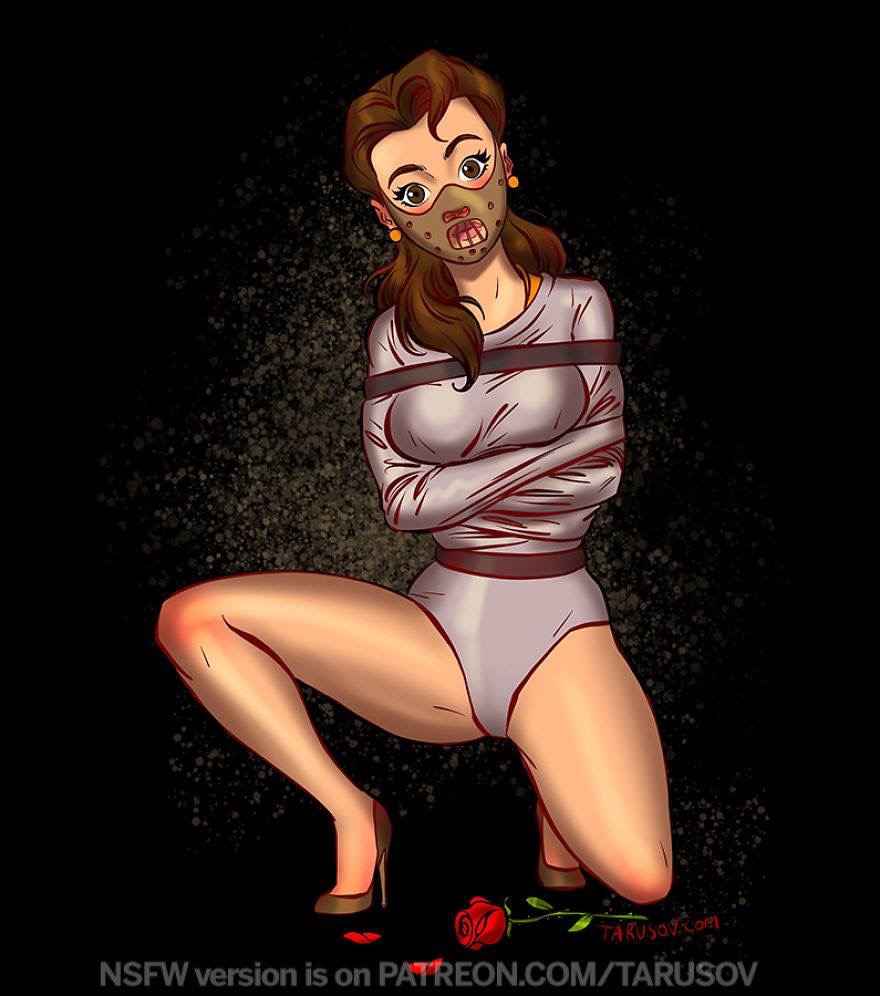 ” I just look like him. He says he has finally learned to love.  He further insists on giving my hands to him. I don’t know what he meant.”

Jason From The Friday 13th – Mulan 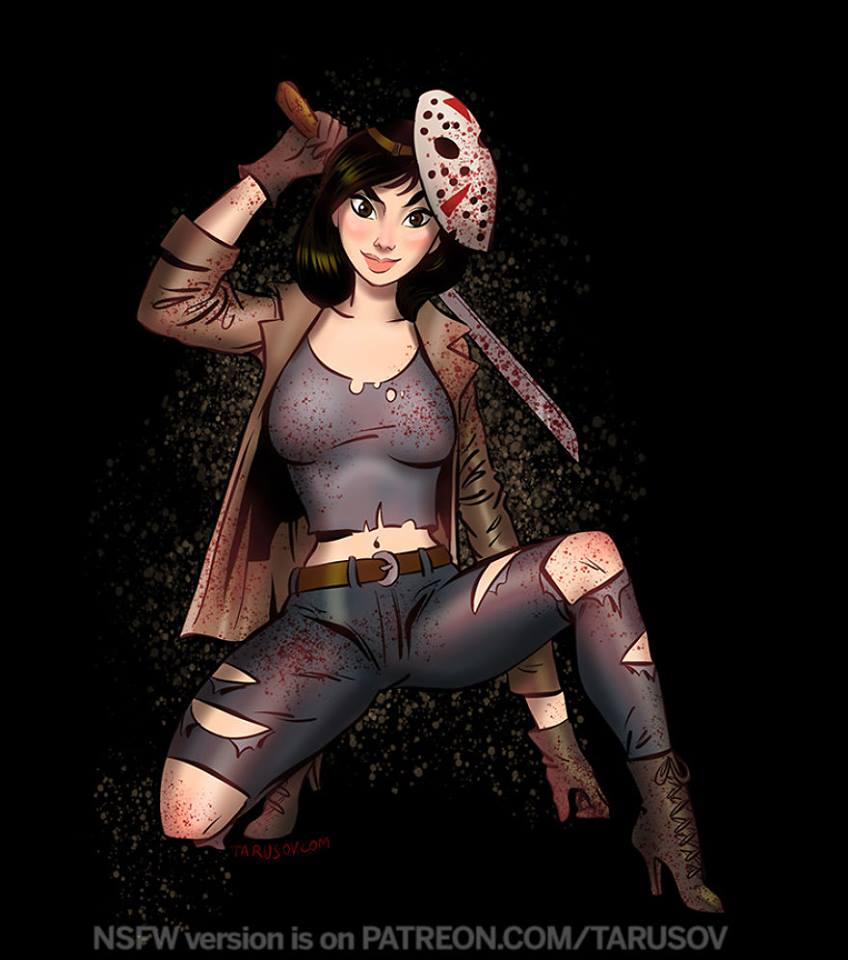 ” I was camping in the Camp Crystal Lake with a friend. We were having fun until I slit her throat with my sword.”

Ghostface From The Scream – Tiana 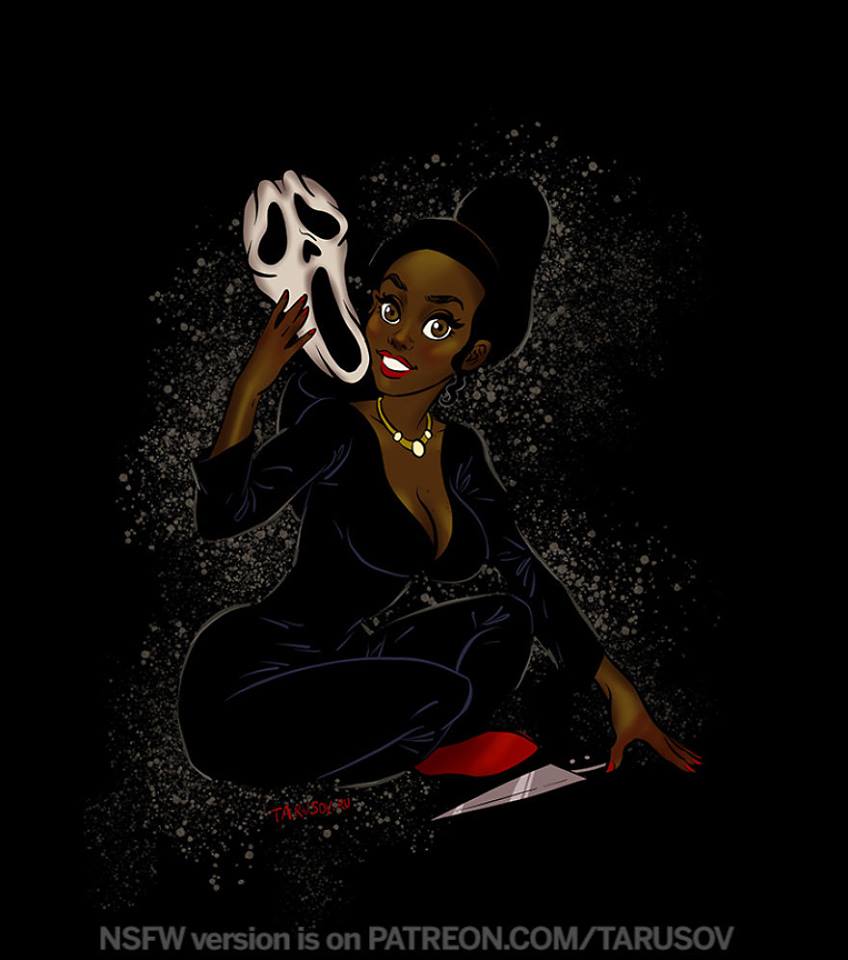 “I don’t have to turn into frog anymore.”

Well, that’s my interpretation of these Disney/psychopathic stories. Comment below and tell the team of Nerdism what comes to your mind after seeing these pictures.