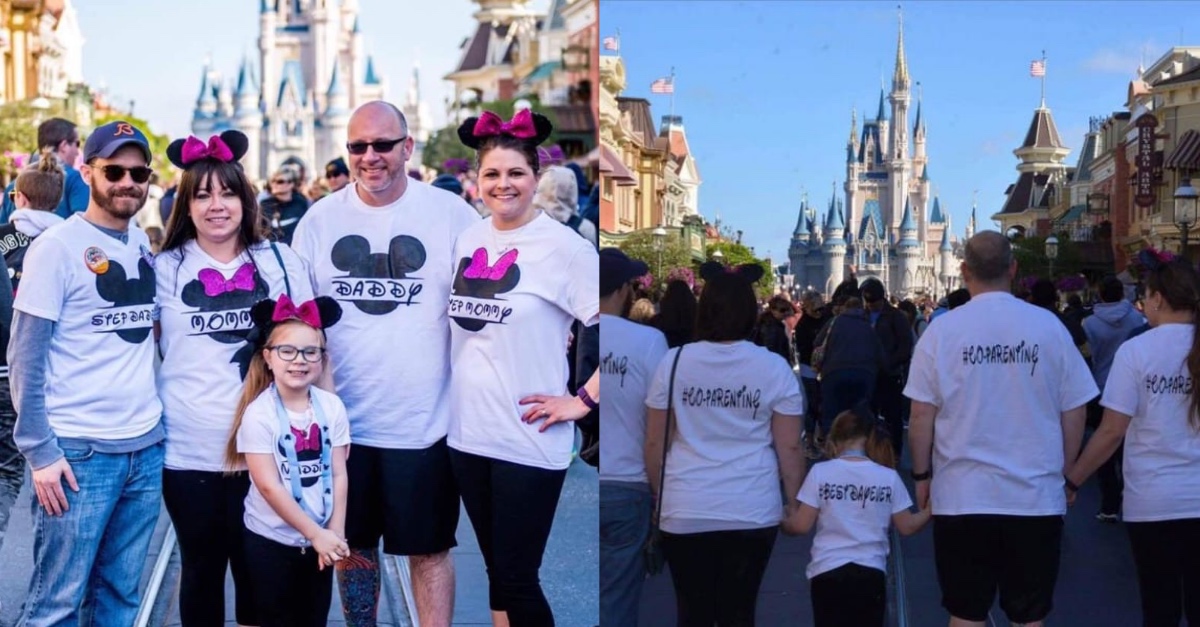 When people get married they usually do it because they intend to stay together for the rest of their lives, but sometimes there are some problems or circumstances that prevent this idea from being maintained and therefore decide to separate and end the relationship.

Although the relationship of the couple has not worked, is important that they maintain a good relationship between them for the good of the children who could conceived during the marriage.

Not all couples get along with each other and less with their ex’s new wifes and husbands, but like everything else in life, there are exceptions where the separated couple and the new wife and husband have a friendly relationship and share custody of their children. We tell you one of these exceptions below.

A family that has managed to handle the situation of divorce very well is the one of little Maddy, because in 2009 when her parents Tiffany Bankert and Joseph Hawkey separated they decided to remain friends for the good of their daughter.

The 7-year-old girl was given the biggest surprise of her life when her father and stepmother Brianna Hawkey was told she would be taken to the Disney World park, but that was not the only surprise, her mother and stepfather Luke Benkert also were in the park of Disney.

Her four parents who have been to her at all times, wanted to share all the new experiences she would have in what the little girl considers the happiest place on earth.

How is so much fun

Tiffany, Joe and their new partners strive hard to maintain a good relationship between them. Brianna, who married Joe in 2012 when Maddie was only 2, said how they do to get along so well.

She commented that it was very difficult at first but that she loves Maddie a lot and understands how difficult it must have been for Tiffany to see another woman who loves her daughter as much as she and her daughter love that woman as well.

Brianna, when committing herself to Joe, told Tiffany that she did not intend to replace her in Maddie’s life, but, like all divided families, had some problems at the beginning. By marrying Tiffany with Luke in 2016 things started to improve.

One day they decided to surprise Maddie with something she had never experienced, to have dinner with her four parents, which was something they were sure would be best for the little one.

When they see their joy they decided to carry out an activity the five together per month, and all attend all their school presentations, softball parties and cheerleading events.

Making the decision to surprise Maddie with the trip to Disney was the best, as we managed to see how happy she was to see all the people she loves most gathered in her favorite place, this was what Brianna said.

It is incredible that, thanks to a girl, the impossible become to a posibility, make that separate couples maintain a good relationship between them and their new spouses for the good of little Maddie.